The Pokémon Company has evolved the mobile gaming economy.

Pokémon Go, the Google Maps location game where players catch pocket monsters by walking around the real world, is making $10 million in revenues daily from iOS and Google Play worldwide, according to intelligence firm App Annie. Analyst Sameer Singh, who tracks the App Store and Google Play, called this an “unprecedented success” in the $36.9 billion mobile gaming industry. For reference, Puzzle & Dragons — a highly successful puzzle game in Japan — shocked the industry by generating $3.75 million every day in 2013. And Supercell, the developer of Clash of Clans and Boom Beach, made around $6.3 million every day last year from all three of its games combined. Singh also pointed out that Pikachu isn’t stealing away that market from other apps. Instead, it is bringing in new spending that never existed before.

“Interestingly, it appears that Pokémon Go’s impact has been largely additive to the app economy,” Singh wrote. “According to data from App Annie Intelligence, Pokémon Go has not had a sustained and meaningful impact on the daily revenue of other games on iOS and Google Play. Daily revenue for Games other than Pokémon Go did see a brief dip in the U.S. shortly after the game’s launch, but quickly climbed back to previous levels in a few days.” 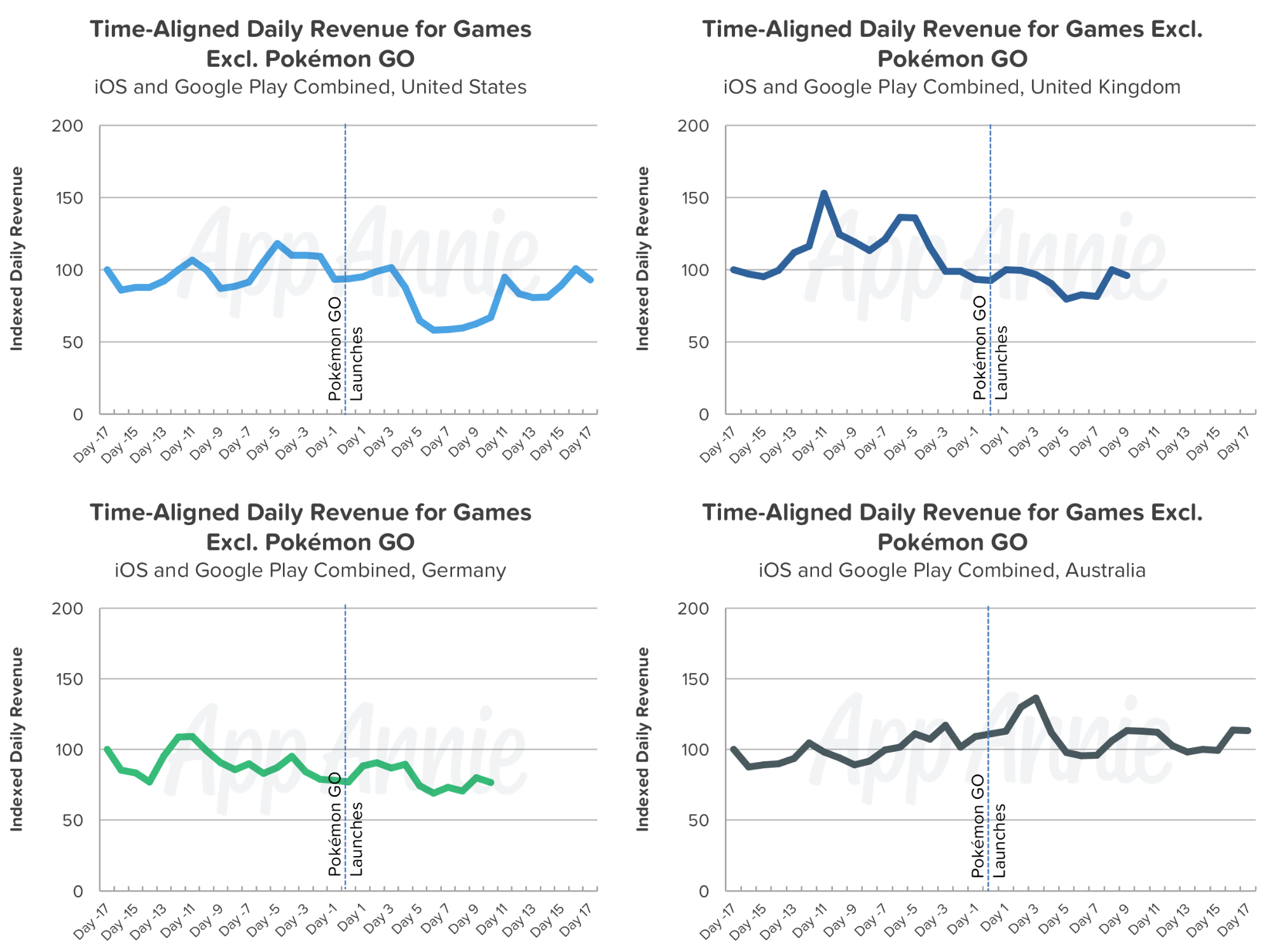 Above: Catching ’em all isn’t really getting in the way of clashing clans or crushing candy.

App Annie’s data claims that Mobile Strike, Clash of Clans, and Candy Crush Saga have not seen significant declines in their daily revenues.

“On the whole, this isn’t particularly surprising as the majority of game revenue comes from a small minority of users,” wrote Singh. “And these players are unlikely to be deeply engaged across a multitude of top-grossing games.”

Finally, Singh points out that developers can learn a couple of lessons from Pokémon Go phenomenon. The app uses smartphone cameras to put digital creatures into the real world using an offshoot of virtual reality called augmented reality. App Annie claims that these creatures have popularized this tech, and that opens up new opportunities. Additionally, businesses are seeing the potential of AR games. Restaurants and more are all looking for ways to get Pokémon Go-player foot traffic, and that has them spending money on certain in-game items and begging to buy sponsorships from The Pokémon Company.

While developers may try to rush into the AR space and fail because they don’t have Pikachu and Mewtwo, Pokémon Go has proven the value of putting a digital world on top of our real one. And someone else is likely going to figure out a way to capitalize on that as well.