Burned one too many times, esteemed entrepreneur Dalton Caldwell is too angry to let bygones be bygones. The former Imeem founder and Picplz creator is now funneling his rage against the anti-competitive machines of Twitter and Facebook into a social mission he calls App.net.

App.net, as described in a series of blog posts by Caldwell, will be a social utopia where people can post status updates without fear that their updates will be processed for targeting purposes or that their personal data will be sold to advertisers. It will also be a welcoming safe house for dejected and runaway developers who have been crushed by Twitter or bullied by Facebook.

In App.net’s sanctuary, people will pay an annual fee for freedom from advertisers. Much like Twitter in its earliest days, on App.net developers will build the tools — mobile applications, desktop clients, and so forth — that make the communication channel indispensable. Developers will even be encouraged to take the essence of the service and apply it in any fashion they see fit. 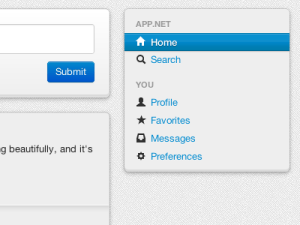 The ad-free, developer-friendly social platform doesn’t exist yet in a form that you or I can use. It is very real though, Caldwell assured me in an extensive interview yesterday. The infrastructure is already in place, and a consumer-facing website is in prototype stage, he said. A remarkably beautiful iPhone app built for a separate endeavor — more on that later — may also be repurposed for the App.net cause. Press and supporters will get access in a few days’ time, Caldwell promised.

But Caldwell needs, and desperately wants, the people to champion his mission. The brazen entrepreneur put out an impassioned call to those frustrated by ad-supported social services to back his company. Employing a Kickstarter-like model, Caldwell and team are asking for financial commitments from everyman supporters to make the idyllic social society a dream come true.

If thousands of backers pool together $500,000 in funding by August 13, then App.net will live to see at least a year, Dalton told me. If funds falls short, then in all likelihood so too will App.net.

But why is Caldwell doing this? Why is he risking humiliation and burning bridges for a social platform that people may not even know they want? After all, the average Twitter or Facebook user will surely balk at a $50 annual fee paid solely for the privilege of posting status updates. They can do that now free of charge.

In Caldwell’s world, there does exist an idealistic group of people who are in desperate need of what App.net can provide: trust and freedom. And this group is large enough to unite and rally around something better, he reasons.

In his mind, developers and consumers are anxious to break free of the shackles Twitter and Facebook impose. That’s because, as Caldwell describes it, Twitter and Facebook have gone from good guys to goons, selling out users for a quick buck and squashing applications built on their platforms just as soon as they deem them harmful to their businesses.

Really, though, Caldwell’s quest is one that’s deeply personal and motivated by years of being betrayed, the most recent instance courtesy of Facebook and its CEO Mark Zuckerberg.

As recounted in a blog post earlier today and shared with me with additional details during our conversation, Caldwell got “screwed” by Facebook.

Facebook declined to comment on this story. This is Caldwell’s version of events: Before App.net evolved to become a social framework for ad-free communication, Caldwell and his team were working on a consumer-facing iPhone application for app discovery through friends. The app, now sitting idly in the App Store just waiting to be approved (Caldwell won’t allow it to be), takes inventory of the user’s applications, but more importantly plugs into Facebook’s Open Graph to enable app discovery through friends. Caldwell called the app the best thing he’s ever worked on.

“So I actually spent a lot of time talking to the people running Facebook platform to make sure that what we were doing was cool,” he said. “I even went so far as to get personal approval from Mark Zuckerberg … that if we were to build Open Graph app promotion tools that we wouldn’t just get squashed one day.”

Caldwell felt so reassured by Facebook and Zuckerberg that when he was called to Facebook’s office for a discussion with the platform team in June, he never expected to be intimidated into giving up his project. But that’s what happened in his version of events.

Instead of lending its support, Facebook, said Caldwell, gave him an ultimatum: let us acqui-hire you for a nominal sum or we’ll kill off your application.

“I walked out of the meeting, frankly, livid,” he said. “This is exactly what it was like to have meetings in the music industry. They were all very nice to me. They would smile and tell me that they liked what I’m doing, but that if I don’t take the business terms then they’re going to put me out of business.”

The chain of events put in motion a start for App.net. Caldwell used his anger at Facebook to write a blog post on what Twitter could have been. The post created a tidal wave of positive response that inspired him to take the tools he had in place and apply them to a truly open platform.

“I’m so angry that Facebook is getting away with what they’re getting away with,” he told me, sharing that the only reason he chose to build on Facebook in the first place was because he didn’t want to build on Twitter. “Twitter is closed to third-party developers, and you’d have to be crazy to build on the platform … but back in day, if Twitter would have taken a different route, I think that they could have actually enabled an ecosystem that could have crushed Facebook.”

Facebook’s and Twitter’s platforms are actually not platforms at all, he said. “They’re more like tar pits or sand traps … no developer should build on [them].”

The betrayed entrepreneur now believes that he can right the wrongs of the social networking giants by shucking an advertising-based business model and making something that’s actually open. But he doesn’t want to do it unless there’s a critical mass of interest; that’s why he’s going the crowdfunding route and not hitting up primary investor Andreessen Horowitz for additional cash.

“Doing this in a Kickstarter-like model is the best idea I could come up with to effectively gauge if someone wants it or not. If not enough people want it, I don’t want to take peoples’ money,” he said. “I don’t want to build something that’s not sustainable.”

The approach also leaves Caldwell open to ridicule, especially if App.net fails to hit its $500,000 funding goal. Plenty of critics have taken to Hacker News and Twitter to voice their opposition to Caldwell’s idea and criticize his open letter to Zuckerberg.

“I don’t understand what @daltonc is upset about in his latest article. He’s insulted that Facebook made an offer for his company?,” Twitter user Eric Florenzano said, echoing the sentiments of many others.

And hovering around $120,000 in funding, the project may never come to fruition. Caldwell, however, remains confident that App.net will get funded. He is, of course, using his own story as a way to light a fire and inspire people to join the cause.

“I’m trying to be radically transparent,” Caldwell said. “I’m doing my best to tell the truth and be genuine.”

Even if it works in the short term, there’s no telling whether the service will have the mainstream appeal or the longevity of a Facebook or Twitter. Something to worry about another day, I suppose. Right now, there’s a crusade to lead.