Responding to reports of serious performance problems with the new Intel Core i9 version of its 15″ MacBook Pro laptop, Apple today offered an explanation and software update to address the issues. The company blamed a software problem in the new model’s thermal management system for overaggressively dropping CPU speeds across the 2018 MacBook Pro lineup, and said that a patch will fix the performance dip.

Apple’s software update takes the form of a patch for macOS 10.13 High Sierra called “macOS High Sierra 10.13.6 Supplemental Update,” which will be available for the new MacBook Pros starting today. Unsurprisingly, the update is free and distributed through the Mac App Store. It is also available for direct download here.

According to an Apple statement released to multiple publications today:

Following extensive performance testing under numerous workloads, we’ve identified that there is a missing digital key in the firmware that impacts the thermal management system and could drive clock speeds down under heavy thermal loads on the new MacBook Pro.

A bug fix is included in today’s macOS High Sierra 10.13.6 Supplemental Update and is recommended. We apologize to any customer who has experienced less than optimal performance on their new systems.

The controversy has been building since popular YouTube video creator Dave Lee released a video last week demonstrating how the Core i9 version of the MacBook Pro fell well below its stated capabilities. Apple advertises the six-core model with a base speed of 2.9GHz and the ability to “Turbo Boost” to 4.8GHz, but measurements of the processor under load showed that it was reaching only 2.2GHz. 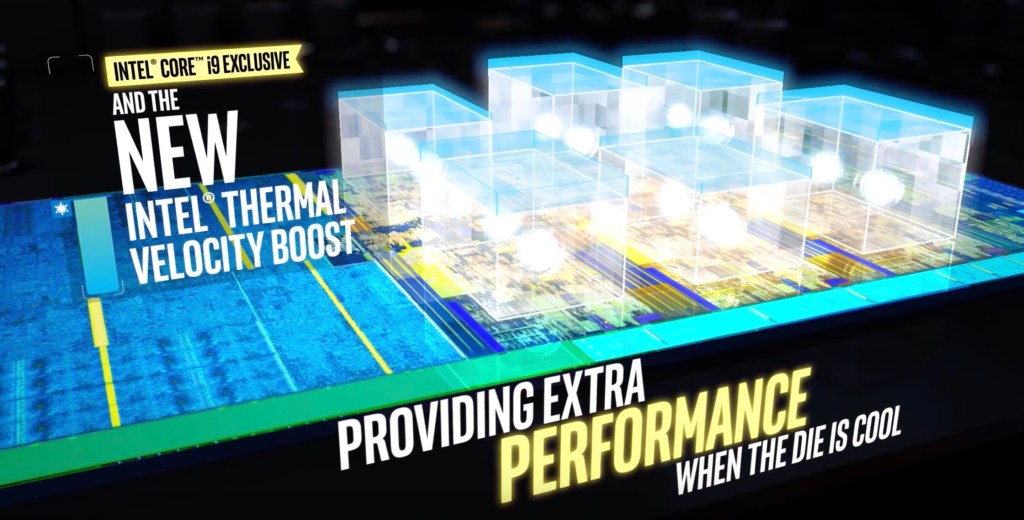 Above: An Intel video for the mobile Core i9 touted its strong performance capabilities.

Lee suggested that the laptop’s chassis and fan system were incapable of properly cooling the Core i9 chip, making the top-end model a poor purchase for Apple’s target market of professional users. Intel and Apple have both marketed the high-end processor as ideal for demanding tasks such as video editing; an Intel video promoting the mobile Core i9 also said that it offered “no-compromise gaming.” But user tests have suggested that the Core i9 MacBook Pro actually performed worse than even prior-generation Core i7 models under load.

Apple has been widely criticized for the problem since it was discovered, including suggestions that the company crossed a line by shipping computers that fail to meet marketed specifications. One notable and somewhat profane rant from ExtremeTech explained that:

[T]here’s a difference between offering a flexible implementation that adjusts clock to ensure the best performance in all scenarios and stuffing a CPU into such a deleterious environment that it has to drop its base clock just to hold performance.

The site said that this “represents performance you’re paying for that you literally aren’t getting… There are no valid excuses for this kind of product design.” If Apple’s software update completely fixes the throttling issues, those criticisms might prove overaggressive, but if not, testers and developers will certainly have more to say in the near future. One critic has apparently been satisfied: Apple says that it worked with Dave Lee to replicate his configuration, workflow, and problem, ultimately seeing dramatic performance improvements after applying the fix.

Prior to Apple’s announcement, users have been testing a wide variety of possible self-help solutions. Since many of them might harm the laptop in the long term, they’re not advisable alternatives to following the company’s official directions.

Day one purchasers of the new MacBook Pro are still within Apple’s no-questions-asked returns window, and can bring or ship the laptop back to the company for a full refund. Users with continued concerns regarding the CPU issues can contact the company here.