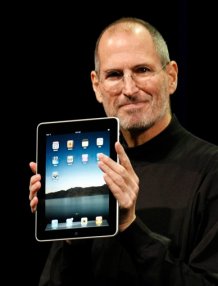 [Updated with responses from Flurry and Millennial Media]

Changes to the latest version of Apple’s legal agreement for developers of iPhone and iPad apps have two kinds of businesses in limbo: Ad networks and app analytics. So far, the company hasn’t broadcast a statement on whether or not the changed legalese is meant to ban targeted ad networks such as AdMob in favor of Apple’s own iAd system. Nor has Apple specified how app use data can and can’t be collected by companies like Flurry and Motally.

“The use of third party software in Your Application to collect and send Device Data to a third party for processing or analysis is expressly prohibited,” says section 3.3.9 of Apple’s developer agreement. That’s caused some developers to wonder if existing app analytics tools provided by Flurry, Motally, Distimo and others will disqualify their apps from Apple’s App Store.

A Flurry spokesman said the company is talks with Apple.

One app developer shared this email from Apple with me, on condition that I not disclose the source:

> We’ve reviewed your
> application and determined that we cannot post this version of your iPhone
> application to the App Store. It is not appropriate for applications to
> gather user analytics. Specifically, you may not collect anonymous play
> data from a user’s game. A screenshot of this issue has been attached for
> your reference.
>
> In order for your application to be reconsidered for the App Store, please
> resolve this issue and upload your new binary to iTunes Connect.

The developer is still waiting to discuss the issue with an Apple developer support representative.

“The use of location-based User Data for enabling targeted advertising in an Application is prohibited unless targeted advertising is the purpose of such Application (e.g., a geo-location coupon application).” That’s Apple’s new wording, also in Section 3.3.9 of the developer agreement, that appears to ban targeted-ad networks such as AdMob — indeed, it’s hard to interpret the wording as meaning anything short of a ban.

It may come down to what exactly they’re banning under the umbrella of “User Data.”

AdMob sent me a prepared statement that says, basically, they don’t know yet:

“We share the concern we’ve heard from developers about some of the new
provisions of Apple’s updated Terms of Service for application
developers and hope that Apple does not intend to limit the ability for
developers to choose to work with other mobile advertising networks. If
Apple enforces their new Terms of Service, they could block or
significantly disadvantage developers from being able to work with third
party companies help them generate revenue or to track and improve the
performance of their applications.”

“We are certainly reserving judgment until Apple better clarifies its intentions, but it is only part of the story.  We support open ecosystems and look to partner with everyone in it – including Apple.  But what is often overlooked is that developers need to make money to stay in business.  If they are not making money, they will not only change ad networks – but development platforms as well.”

Steve Jobs has been pretty blunt about booting Adobe’s Flash from the iPhone / iPad platform.  A change in Section 3.3.1 of the same document now bans apps written in Flash and converted to iPhone format, a popular practice. Jobs, as he occasionally does, replied to a developer’s email over the weekend to say that “intermediate layers produce sub-standard apps,” by which he means Flash content ruins the Apple-designed experience.

If Apple next kicks out ad networks in favor of its own iAds, at this point it won’t be a surprise.