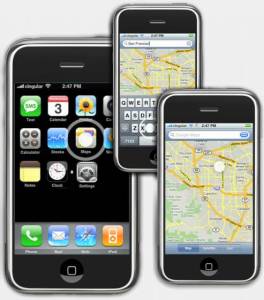 We’ve known for the longest time that Apple was planning something with mobile advertisements, particularly after they purchased mobile ad firm Quattro Wireless for $275 million, but the company has been mum on specifics. As the company behind the phone that built the mobile ad market, I would imagine that it has something juicy planned — especially since the launch of the iPad would bring the mobile ad market to a device that’s not exactly mobile.

Thanks to a recent App Store Tip on implementing location services, we’re beginning to have some idea of what they’re up to. Apple stresses that developers use of location-based information should be beneficial to users, and goes on to say:

If your app uses location-based information primarily to enable mobile advertisers to deliver targeted ads based on a user’s location, your app will be returned to you by the App Store Review Team for modification before it can be posted to the App Store.

While it may seem like Apple is doing this to keep developers from spamming users with location ads, the truth may be more insidious. Gizmodo points to a tweet by iPhone and Mac developer Craig Hockenberry, who says, “Looks like Apple is going to keep location-based advertising to themselves.”

The move wouldn’t be unlike Apple. It was the same line of thinking that led to Apple rejecting the Google Voice iPhone application, even though the company would like us to think it did so because it was worried about “duplicating core functionality” on the phone.

If it were to control location-based advertising on its platforms, Apple would have a stranglehold on one of the most appealing features of mobile ads. Consider how important contextual advertising has been to Google’s domination of the internet ad market. Location information is that extra layer of context that will make mobile ads more beneficial to users. It’s the difference between being recommended to various pizza restaurants in New York when reading a pizza-related news story, and being recommended to a great pizza joint a block away from where you’re standing.

Given that Google recently purchased AdMob for $750 million— which Apple also eyed, and is the other major player in mobile advertising aside from Quattro — it’s clear that this market is set to explode in the coming years.

We don’t yet know how restrictive Apple will be about location-based ads, but considering the furor over the iPhone application review process, it’s not likely that they’ll continue to rule over it with an iron fist.