If you’re a fan of the humble headphone jack, look away now: It was not a good week for you.

At Apple’s annual marketing extravaganza on Wednesday, the Cupertino company unveiled all manner of shiny objects, mainly in the form of phones and watches. In front of the expectant millions, however, Apple surreptitiously stuck the knife deeper into the trusty old headphone jack.

First up, Apple quietly stopped selling the iPhone SE and iPhone 6s — the last iPhone devices to contain a 3.5mm round headphone hole. Then, without flinching, it decided to sell the new iPhones without the free headphone dongle that had come with previous jack-less iPhones. You can still buy the adapter for $9 though.

A day later, OnePlus, the Chinese company behind the “affordable” high-end smartphone of the same name, revealed that it has finally succumbed to a desire to kick the headphone jack when it’s down. That’s right, the OnePlus 6T — assuming that is what it will be called — will not have a dedicated headphone port when it launches later this year.

To backtrack just a little, OnePlus has always indulged in a bit of fanfare when it comes to design decisions, like whether to include a headphone jack. At at least one previous OnePlus launch event, the company teased the audience with a “Have they, haven’t they?” stunt that momentarily fooled the crowd into thinking that it had ditched the headphone jack. Cofounder Carl Pei told an assembled audience last year that the OnePlus 5 “has no headphone jack,” with additional proof displayed on the giant presentation slide. After permitting the crowd to process this information through audible gasps of incredulity, he added “… just kiddin'” to a round of relieved giggles.

Later in the year, when the company was preparing to launch the OnePlus 5T follow-up, CEO Pete Lau went to great lengths to explain why the company was keeping the headphone jack firmly in place.

“Every feature, removed or added, is based on our understanding of user needs,” he said. “For the time being, we think it’s best to stick with the headphone jack. When we surveyed the OnePlus community, 70 percent of users told us that their priority was sound quality. On the whole, wireless earbuds aren’t there yet to provide the same quality of audio.”

OnePlus again stuck with the 3.5mm headphone jack for the OnePlus 6 launch a few months back, but that will be its final device to feature the port — unless the company changes its mind, of course.

Early yesterday, OnePlus once again played with the public’s emotions when it announced that later this year it would sell USB-C earphones — this did suggest that it could be dropping the headphone jack, but it wasn’t conclusive proof. Then the bombshell came. 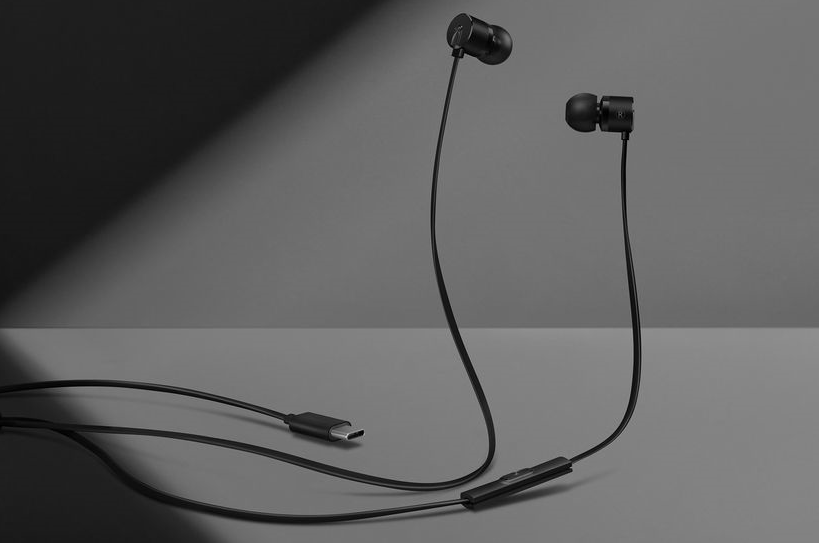 Speaking to TechRadar, Pei confirmed that the OnePlus 6T would not sport a headphone jack, and he explained why.

You’ve got to make decisions that optimize the user experience and understand that at times things that provide user value can also add friction.

We also had to think about the negative side [of removing the headphone jack] for our users. We found 59 percent of our community already owned wireless headphones earlier this year — and that was before we launched our Bullets Wireless headphones.

If we were to do that [remove the jack] two years ago, the percentage [of wireless headphones owners] would have been much lower and it would have caused a lot of friction for our users.

This decision means OnePlus has more space to shoehorn a larger battery into its next device, but — as with the other handset makers that have decided to ditch the headphone jack — the trade-off might not be worth it.

The arguments against removing the headphone jack are not new, but they bear repeating here.

Affordable, quality Bluetooth headphones are not as widespread as wired incarnations — plus, they are just one more device in your life that needs to be charged.

Oh, but OnePlus will also bundle an adapter with the smartphone so that you can use your wired headphones (or you can shell out for the company‘s USB-C Bullet earphones) — except this means that you can’t charge your phone and listen to music at the same time. It sounds like a simple obstacle to circumvent via an additional splitter adapter (at extra expense …), but there aren’t really any out there that work reliably.

Plus, many people have multiple sets of headphones for different scenarios — I have a small pair of in-ear contraptions for listening to podcasts in bed, a round-the-ear pair for running, and a hefty pair that go over my ear for interviews and meetings. Though I could use the same adapter for each scenario, the reality is I know I won’t always remember to cart the dongle around with me. It’s more hassle than a consumer needs, and I would end up buying several of the adapters. I would personally prefer to put up with a shorter battery life in my phone than fiddle about with adapters or worry about my wireless headphones running out of juice.

According to Pei, 59 percent of the OnePlus community now have wireless headphones. Taking those numbers at face value, that means 41 percent don’t, which is still a lot. And of those 59 percent, many probably also own non-wireless earphones too, like me, for use in different situations. Moreover, anyone can use Bluetooth headphones with a smartphone that has a 3.5mm headphone jack, so the situation at present is a win-win for everyone.

Additionally, OnePlus only surveyed its own community of users, which is not necessarily representative of other markets. Potential new OnePlus customers may be swayed by rival companies who have kept that 3.5mm headphone jack — Samsung, the biggest Android phone maker in the world, has retained the little round port in all its latest flagship mobile devices. For now, at least.

Will the Earth keep on spinning in a world of vanishing headphone jacks? Definitely. Will we all get over this and realize there are far more important things to worry about? Maybe.

It’s clear that the market is heading in only one direction, so it won’t be long before boycotting such smartphone companies for their design decisions will be pretty futile. But I still think OnePlus risks alienating more users than it will appease with this latest move. Apple is Apple — it is a little ecosystem unto itself, so its headphone connectivity decisions are less of an issue. OnePlus’ core selling point was always that its phones were “premium with non-premium pricing.” However, its pricing has evolved through the years to make the handsets less competitive than they once were — an unlocked 128GB Samsung Galaxy S9 is now just 15 percent more expensive than the OnePlus 6 equivalent.

This means a seemingly standard design decision — such as ditching the headphone jack — could sway consumers away to rival brands. I can’t help but think this is a poor decision by OnePlus.