Apple unvieled its next-gen A13 Bionic processor at an event on the Apple campus today where it unveiled its fall lineup of iPhones.

The new combo CPU/GPU processor for the iPhone 11 will make the new models run a lot faster and prettier than the old ones. It is the latest A-series processor.

Apple’s chip engineers design the chips, and they are being made by manufacturing partner TSMC, the biggest contract chip manufacturer. TSMC is making the chips with its 7-nanometer manufacturing process. That means that the width between the circuits is just 7 billionths of a meter. 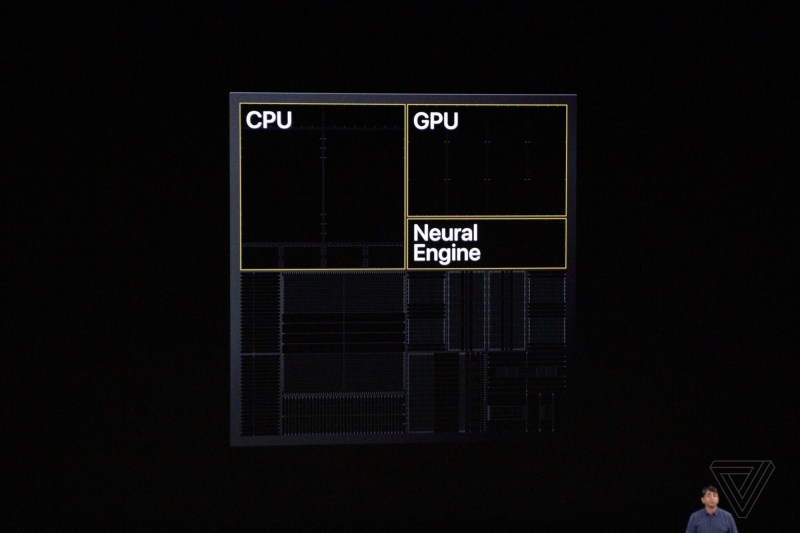 Above: A13 has three main processing engines.

“The A13 is the fastest CPU ever in a smartphone,” said Kaiann Drance, Apple senior director of iPhone marketing, onstage at the event.

Apple showed off what the new chip can do with graphics performance by bringing out a game from Giant Interactive. Yang Yang of Giant showed Pascal’s Wager. 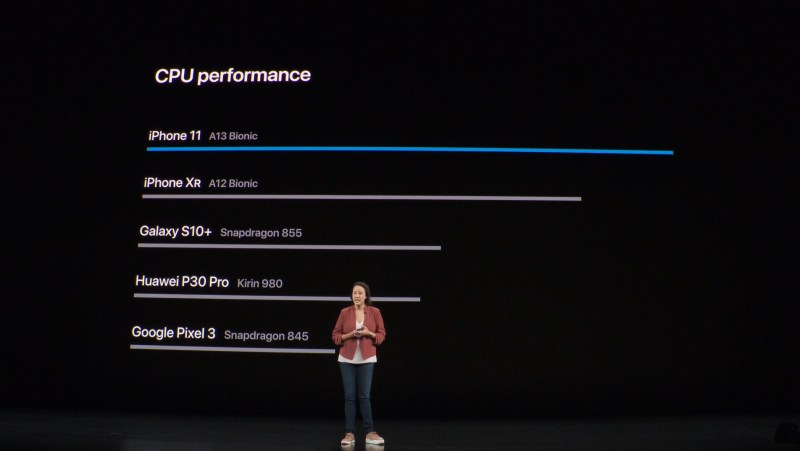 The machine learning controller helps balance machine learning processing among the different subprocessors. The chip also has a low-power mode thanks to its second-generation 7-nanometer process. There are two high performance cores that are 20% faster and 30% less power.

The chip has four high-efficiency CPU cores designed by Apple. It has hundreds of voltage domains on the chip, but power is supplied only to the ones being used at any given time. The cores are 20% faster and 40% lower power.

The result is the iPhone 11 Pro Max gets 5 hours more battery life than the iPhone XS Max.

Patrick Moorhead, analyst at Moor Insights & Strategy, said in an interview, “The A13 Bionic continues Apple’s charge of adding 20% to 40% improvements in CPU or GPU. Now, I would have liked to have seen a little bit more disclosure on the benchmarks they were using for the GPU. Not saying that that’s not accurate, but I’d love to see the details. The CPU looks phenomenal given 20% growth.”

He added, “But interestingly enough, the most interesting thing for me it was extra battery life. You’re going to get between two and five hours extra. And while there’s a little bit of a bigger battery, I give a lot of the credit to the A13.”