Apple Arcade debuts on September 19 in 150 countries for $4.99. The first month of the new subscription gaming service from Apple will be free — and the company showed off some of the titles heading to this new platform.

The service has been in the making for a long time, and it finally came out of the shadows and onto the stage at the Steve Jobs Theater at Apple’s headquarters today. Tim Cook dispensed with his usual opening talk and introduced Apple Arcade leader Anne Thai right away.

Cook said, “Apple Arcade is a gaming service unlike any out there.” 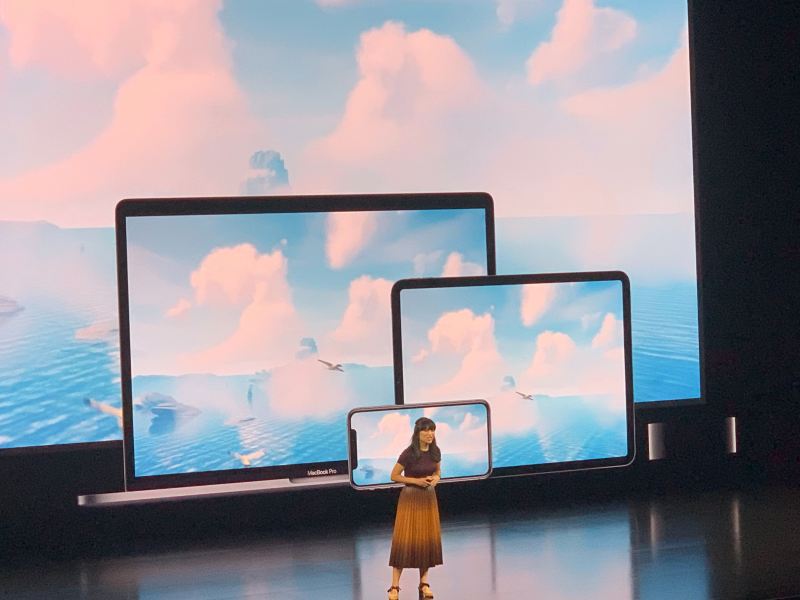 Apple is commissioning and funding games for the service, and these exclusives won’t appear anywhere else, at least for a certain amount of time. They’ll just be on the Apple Arcade subscription service. They won’t even be available as paid individual apps in the iOS app store. 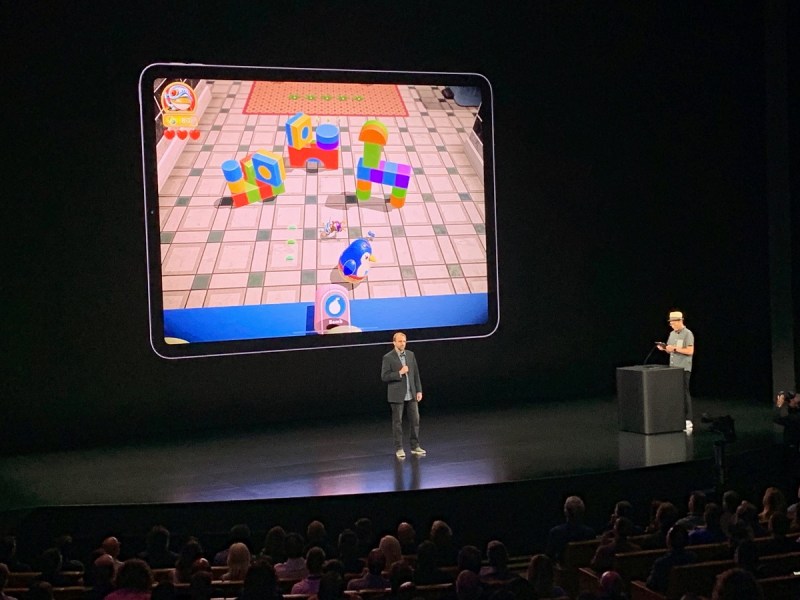 Above: Konami’s Frogger in Toy Town.

Konami showed off an exclusive title for Apple Arcade, dubbed Frogger in Toy Town, from Q Games (a Japanese studio known for bright, flashy games with pulse-pounding music). Thai said more than 100 exclusive games would appear on the subscription service. But Apple gave us just a taste today with just a few reveals.

Capcom’s Peter Fabiano showed off Shinsekai: Into the Depths, a 2D game about diving into the ocean. It has good music, great graphics, and underwater sounds. And Kelsey Hansen of Annapurna Interactive showed off Sayonara Wild Hearts as well. (It’s also going to be on the Nintendo Switch, so this appears to be some kind of timed exclusive.) 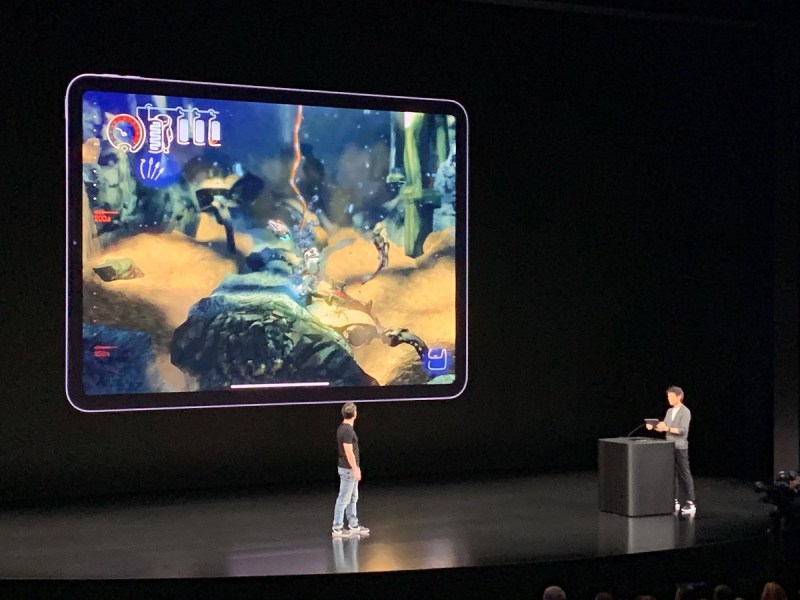 Above: Capcom’s Shinsekai: Into the Depths onstage at Apple.

Other developers started making announcements about games coming to the platform.

Patrick Moorhead, analyst at Moor Insights & Strategy, said, “I’m viewing it as family fun of all ages. I don’t see it competing with Xbox or Playstation and different genres, different expectations. And maybe there’s going to be a little bit of competition with Nintendo and the Switch. Because if you look at the types of games that are really popular on Switch, it looks very similar to the catalog that Apple was showing off. But listen, better games, better experiences that are cross-platform. That’s great for the industry and it is mostly exclusive games.”

Meanwhile, Tim Bajarin of Creative Strategies said, “I think the gaming subscription is actually pretty decent for a whole family of six. The quality of the games looks pretty good. Running these games on this new processor, the A13, will be significant. And I think the pricing is reasonable.”

Alexandre De Rochefort, chief financial officer at Gameloft, said his company jumped at the chance to get a game into the initial lineup for Apple Arcade. Gameloft is launching Ballistic Baseball, an action style arcade baseball game that captures a battle between a pitcher and a batter in multiplayer matches. He said that the game industry is “long overdue” for a subscription business model to supplement free-to-play, advertising, and paid models.

“The movie industry and the music industry have had it for a long time with Netflix and other services. Consumers have enjoyed what they get for the price,” De Rochefort said. “We strongly believed in the subscription model. I am convinced it can work in mobile.”

And he said the curated approach is good for developers who make high-quality games, as their offerings can stand out more in comparison to the crowded app stores. De Rochefort said that parents are more likely to approve of a subscription that limits expenses and also guarantees high quality.