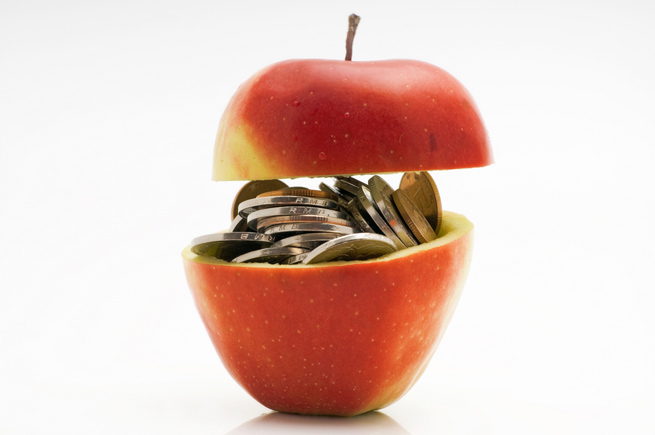 Apple is already much more valuable than rival tech company Google by market cap, but for the first time, it surpassed Google’s share price today, closing at $633.68 a share to Google’s $632.32.

Apple’s ascent over Google in share price represents a psychological victory more than anything, since Apple is actually worth three times as much as Google. No doubt Steve Jobs would be pleased considering that he despised Google for taking ideas from iOS and incorporating them into Android. Jobs told biographer Walter Isaacson that Android was a “stolen product.”

Google has also fluctuated much in the past several months. Last June, it saw a low around $473 a share and then began to rise quickly above that. In January, the stock hit a high around $670.

In terms of share price battles, Google and Apple might want to start bracing themselves for upcoming Nasdaq entrant Facebook. Facebook won’t get to those kinds of numbers with its IPO, but give the social media giant a year and we’ll see what happens.

Take a look at the chart below to see how Google and Apple have grown (and shrunk) over the past year: 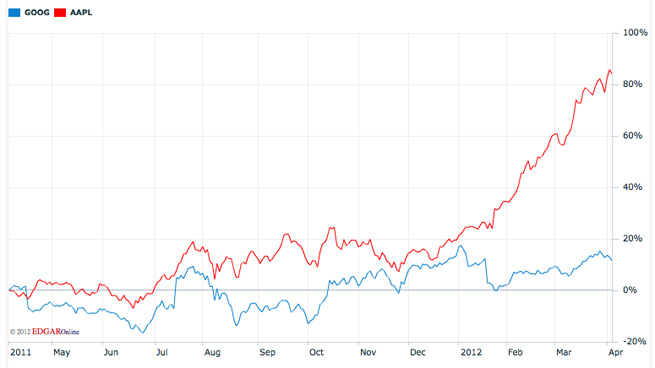