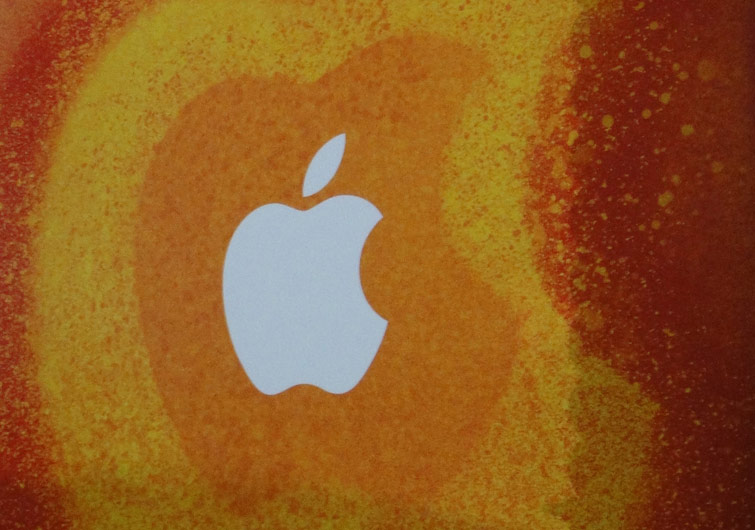 Apple contacted me this afternoon to challenge those numbers.

The reminder an Apple rep gave me is that, in its Q1 results early this year, Apple announced that it has paid out $4 billion to app store developers since the app store launched in mid 2008, and that at its October 23 iPad-mini-and-everything-else unveiling, Apple reported $6.5 billion paid to developers. 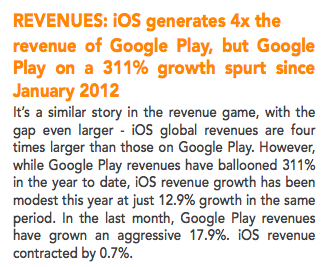 Above: Part of App Annie’s report

I don’t know about you, but that doesn’t sounds like 12.9 percent growth to me. Or .7 percent contraction in the last month. In fact, $3.6 billion in sales one year compared to $5.7 billion over three-and-a-half years seems like 63 percent growth.

Getting to year-over-year growth rather than cumulative growth requires some math … and assumptions.

My math may be off, and I don’t have perfect numbers for exact years, so take all of those numbers with a big fat grain of salt. But a couple of things are clear: Apple’s app store revenue growth in 2012 is most definitely not 12.9 percent.

The worst part of this story?

I personally reported on those App Annie numbers this morning — uncritically — and I should have known better. The clues are in the data that Apple has already provided. It doesn’t make me feel any better, but The Next Web did the same thing, as did Mashable, and PCWorld, among others.

I’ve asked App Annie for an explanation and have not received one yet, despite some back-and-forthing with PR reps. App Annie’s CEO, Bertrand Schmitt, is in Beijing, which isn’t helping. What I’ve gotten so far is that there may be a difference in how the two companies are defining revenue.

That, I would suggest, is an understatement.

I will update this post as more details become available.