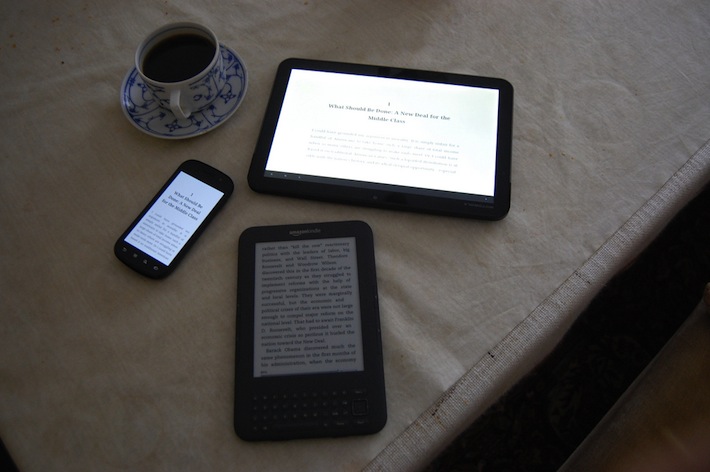 Apple and the U.S. Department of Justice delivered their closing statements on an e-book trial where Apple is attempting to prove that it did not illegally fix prices on digital books with five other publishers.

The two delivered arguments and evidence over the last three weeks, and they closed those arguments today. You can check out the slides as grabbed by All Things D below. The DOJ believes Apple acts as the instigator, bringing five major publishers together to change e-book pricing model from a “wholesale” model to an “agency model.” That is, instead of the resellers determining the price of the e-book, the publishers themselves would determine the price of an e-book. This agency model adoption has changed pricing from the lower $9.99 price established by Amazon, to the higher $12.99 and $14.99 prices chosen by publishers.

Apple continues to take its 30 percent cut off of those e-books sold in the App Store.

The DOJ’s evidence thus far hasn’t made Apple look good. It has displayed a series of e-mails from Eddy Cue, a senior vice president at Apple who stayed in close contact with the publishing companies.

The slides blow show Apple’s final arguments as well as the Department of Justice’s.