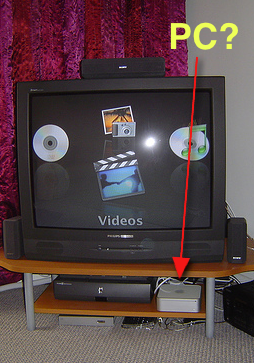 Automobile pioneer Henry Ford once famously said: “Any customer can have a car painted any color that he wants so long as it is black.”

A variation of that statement can be applied in our time with Apple computers. You can get a desirable Apple computer, but you’re going to be paying over $1,000 for it. Not surprisingly, Apple is dominating that particular market in U.S. consumer sales.

This 66 percent number stands in stark contrast to its 14 percent retail share for the entire U.S. PC market. Why is this? It’s simple. Apple really doesn’t sell much of a computer for under $1,000.

Now I know what everyone is about the scream in the comments: “You’re forgetting the Mac Mini!” I know about the Mac Mini, but lets be honest — how many of us really take the Mac Mini seriously? Everyone I know that has one uses it to either hook up to their home entertainment center or as a testing machine. That hardly fits with most of the other sub-$1,000 PCs out there.

It doesn’t come with a monitor, nor does it come with a keyboard or mouse. A friend asked me today if I would recommend a Mac Mini or an iMac for his parents who want to buy their first Mac. It’s a no brainer. After buying a monitor and the other accessories that come with the iMac, the price difference is only going to be a couple hundred dollars at most. Opt a machine (the iMac) that will be much faster and offer a better experience.

I would contend that Apple doesn’t even takes the Mac Mini seriously. Apple hasn’t significantly changed the machine since its launch in January of 2005 — yes, over three years ago. Because of this there are constant rumors of its demise. Frankly, I’m still not convinced that Apple shouldn’t just merge the Mac Mini with the Apple TV and create a truly great living room media center.

If Apple was serious about being in the sub-$1,000 computer market, it would bring back its 17-inch iMac and sell it for $799 or launch a slightly downgraded MacBook for $899. It could do both very easily, and I have no doubt that both would dominate their markets just as much as Apple’s other machines do. I’ve questioned why Apple simply doesn’t do this in the past. That answer seems to be simple as well — it doesn’t want to.

That could be about protecting the brand or maintaining the feeling of exclusivity. Or it could be that the $1,000+ PC market is just more profitable. Still, these numbers make it pretty clear that Apple is winning at least part of the market share war — and making a ton of money — its own way.