Tech companies love to tout how energy efficient and sustainable their data centers are getting. Now it appears that progress is being made toward sustainability, according to the “Clicking Clean” report released Tuesday by the environmental watchdog group Greenpeace. The advocacy group uses the annual report to rate big cloud computing and other tech companies on their use of renewable power, and how active they are in promoting others to do the same.

For 2016, Greenpeace said Facebook, Apple, and Google — which first pledged to go to 100 percent renewable energy four years ago — remain the standard bearers, each getting an overall grade of A.

Greenpeace uses what it calls a clean energy index to sum up the amount of clean energy companies use from renewable sources, plus hydroelectric power. It also assesses how open and transparent a company is about its energy sources and planning, as well as how much firms advocate for the use of clean energy.

Microsoft and Salesforce got Bs in the report, while Amazon Web Services received a C. Greenpeace, which has dinged Amazon for not being transparent enough about its energy use and planning, did so again, giving it an F in this category this year. 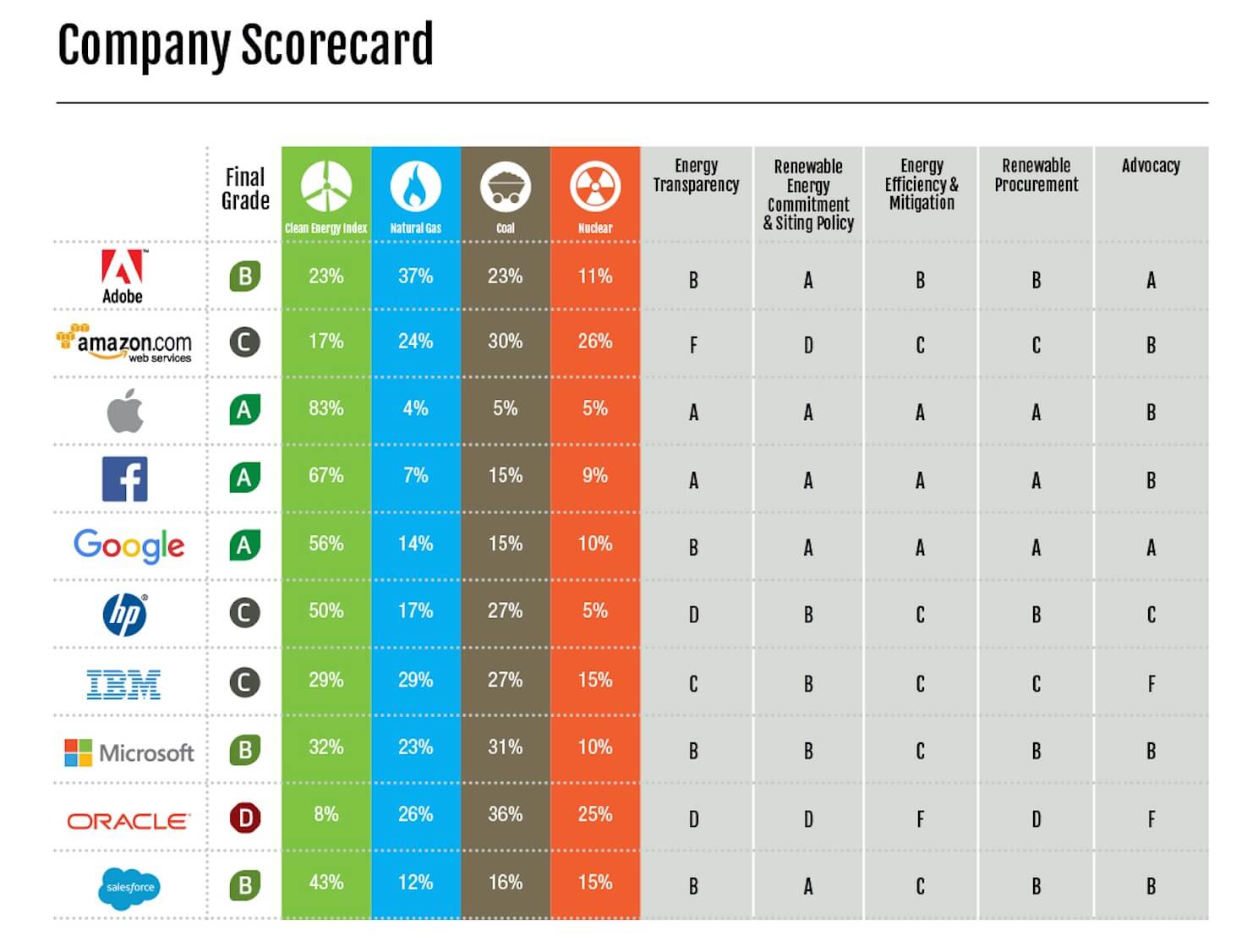 AWS did commit to some big clean energy deals last year, including the use of wind power farms in North Carolina and Texas. However, Greenpeace noted that because of Amazon’s “continued lack of transparency and its rapid growth in Virginia and other markets largely served by dirty energy, it remains unclear whether the AWS cloud is actually on a path to becoming renewably powered.”

Greenpeace senior IT analyst Gary Cook acknowledged those big renewable deals, but noted that “you have to remember they were starting from way behind Google and others and, as you know, AWS is still growing at a massive scale.”

Amazon did not respond to a request for comment.