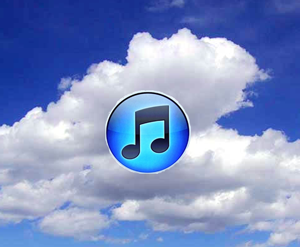 Apple is set to launch its iTunes cloud storage service well ahead of rival Google, according to a report by Reuters.

Apple, Amazon and Google are competing for dominance in the realm of cloud storage services that will let users access music and video remotely wherever there is internet connectivity.

Both Amazon and Google’s music services are apparently stalling from a full launch due to unresolved agreements with record labels over licensing, which is something Apple likely wants to avoid when its own service launches. The company is said to have already reached deals with two of the major labels and others can’t be far off.

While Apple has the lead in digital music sales, a competitor that offers cloud access to purchases could clearly gain traction in the market.

Google’s problems with reaching a deal with the music industry stem from indecisiveness and the recent change in management, according to music executives, who added that the company originally wanted to launch a basic “music locker” cloud service as part of an iTunes-like digital store.

Google’s stalled talks could also have something to do with negotiations the company is having with Spotify. A deal between Google and the UK based streaming music site (which has yet to launch service in the US) could solve some of those licensing issues.

Amazon is also having complications over licensing. But unlike Google, it has already launched its Amazon Cloud Drive service, which allots users 5 gigabytes of free online storage (enough space to store about 1,000 songs).

However, without a digital store front to connect into the cloud drive, Amazon’s ability to make enough revenue to pay for the free storage service and generate a profit will be severely limited.