Apple has hired auto industry veteran Doug Betts — another sign that the company is indeed working on building an electric car.

Rumors of such a project have been swirling for months. The initiative, earlier reports said, is called “Titan” and already involves as many as a thousand people.

This new report, from the Wall Street Journal, says Betts led global quality at Fiat Chrysler Automobiles NV until last year, and is now working for Apple in Cupertino, California. 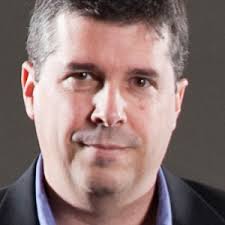 Apple is not commenting on the story.

Apple design head Jony Ive and his team held meetings in February with automotive engineers and executives, some of whom Apple is trying to recruit, according to a report from Financial Times, which cites unnamed sources.

FT’s sources said Apple has gathered dozens of engineers — some grabbed from the company’s iPhone group — at a secret location off the Cupertino campus to research various car technologies with which Apple might play.

Apple has already recruited Johann Jungwirth away from his position as head of Mercedes-Benz’s Silicon Valley R&D unit, according to 9to5Mac.

Recruiting high profile figures in industries in which Apple is preparing to play is nothing new. The company hired several key figures from the fashion world as it prepared to launch its most recent major product, the Apple Watch.

Apple is also said to be in a recruiting battle with the Silicon Valley electric car maker Tesla Motors for engineering talent.