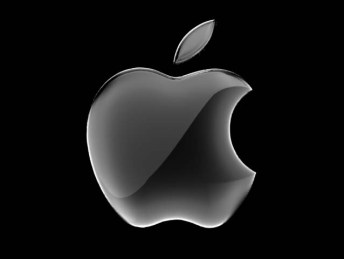 The consensus is building that Apple is designing its own chips in an effort to create exclusive features for the gadgets that it plans to sell in the future.

If the Cupertino, Calif. company can pull it off, that would be great. But in this day and age, it’s kind of a crazy strategy and one that is fraught with risks. Apple could clearly benefit by not having to pay for chips designed by others. But that privilege comes with hundreds of millions of dollars in engineering costs.

Some of the evidence is obvious, which we noted as far back as September. Apple of course made a lot of waves a year ago when it bought PA Semi, a team headed by microprocessor architecture veterans Dan Dobberpuhl and Jim Keller, who were the brains behind the Digital Equipment Corp. StrongArm low-power microprocessor. And Apple invested in a graphics chip company last year.

More recently, Apple hired Raja Koduri, former chief technology officer of the graphics products group at Advanced Micro Devices. He followed Bob Drebin, who held the same title at AMD and is also now at Apple. Online job postings list dozens of chip positions. Mark Papermaster, an IBM veteran recently hired as a top executive at Apple, also has a lot of chip expertise. Apple also has a lot of employees on the LinkedIn business network with past histories associated with chip design companies.

Low-power expertise is of course great for engineering chips for portable devices such as iPods and iPhones. Future versions of those devices will benefit from low-power design improvements. With less power to dissipate, chips can run faster and thereby run more computer-like, graphically rich apps.

With faster 4G networks (with broadband data speeds), future iPhones are great candidates to play fast-action multiplayer games over the Internet, much the same way that players fight each other in online games on Xbox Live via the Xbox 360 game console. And 4G networks — being built by carriers such as AT&T and Verizon Wireless — would be great for piping in high-definition video to iPhones. And better graphics chips could power the highest-resolution displays for portable devices.

So there is no doubt plenty of work for a chip engineering team to do. But chip design is a tricky thing. Intel has thousands of engineers dedicated to the task. Its teams can typically swell into the hundreds, particularly if you count all of the people needed to test designs. AMD decided to split itself in two so that it could separate the specialized chip design function from the manufacturing side.

With Apple, the company could design its chips — keeping a lot of value internal to the company since it wouldn’t have to pay Samsung or Intel for chips. But it would still have to pay contract manufacturers such as Taiwan Semiconductor Manufacturing Co. to fabricate the chips, since Apple surely isn’t going to spend billions building its own chip factories. And as long as Apple doesn’t spend billions on its own chip factories (as chip makers such as Intel and Samsung have done), it won’t have the advantage of tying its designs to specific manufacturing technologies.

So if there are big chip makers that could do this for Apple, why is it taking on the task itself? The reason is that Steve Jobs probably wants to make a clean break from those who are trying to clone the iPhone and the iPod. If he can design chips that no one else can use, it will be much harder to knock off his signature devices.

Apple is believed to have a license from ARM Ltd. to make low-power microprocessors based on the ARM architecture. In using ARM as the foundation, Apple’s engineers don’t have to reinvent a lot of chip design, testing and software creation tools.

Hubert Nguyen of Ubergizmo commented, “Apple might have bought what seems to be a fundamental building block of its iPhone platform so that the processor maker can’t just jack the price up for the next generation.”

He added that he thinks Apple would like to preserve a binary compatibility in upcoming platforms. Unlike with memory chips, Apple can’t swap application processor vendors easily. Once developers are programming to a particular processor, Apple has to preserve code compatibility. That limits Apple’s options, much like it was hard to switch from PowerPC to Intel microprocessors.

If Apple pulls this off, it could declare independence from Intel, Samsung, and other chip makers in a way that no system vendor has been able to do in many years. It will, essentially, reverse the trend, allowing Apple to become more vertically integrated when the rest of the industry is moving toward horizontal integration (i.e., Intel supplies chips, Microsoft provides operating system, HP assembles the PC).

Apple fortunately has the cash to do this, with $29 billion in the bank. It’s certainly going to be expensive. You could call it the Hail Mary play of the century.