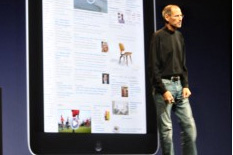 Apple’s success will come at price, a report from Bloomberg suggests. That price is perpetual scrutiny by government regulators.

Apple is in the proverbial catbird seat. The company recently became the biggest tech firmin the world in terms of stock market capitalization. Its products have repeatedly surprised both consumers and competitors with innovative design and features. But now the company’s strict partnership and distribution policies are seen as threatening the mainstream of digital innovation, rather than a niche Mac-based economy.

Bloomberg reporters say that their lawyer and analyst sources, several of whom are named, expect that the company “may have to loosen restrictions on software developers and music labels” to avoid costly investigation and litigation by Federal regulators.

For starters, the US International Trade commission, which has the power to block iPhones and iPads from being imported into the USA, chose last week to focus on complaints against Apple made by HTC, rather than disputes involving lesser players.

Besides Bloomberg, a report on The Politico quotes members of Congress who resent what they see as Apple snubbing them by not attending hearings and other meetings to discuss technology policy.

No one is saying the company will be killed by regulators. Apple survived a 2007 investigation into back-dated stock options that called the company’s ethics and those of CEO Steve Jobs into question. But now that Apple is on top of the Nasdaq, every move the company makes has the potential to be questioned. Not just by bloggers and analysts, but by people with the authority to throw Jobs in jail.