Here’s our rundown of the week’s business and tech news. First, the most popular stories VentureBeat published in the last seven days: 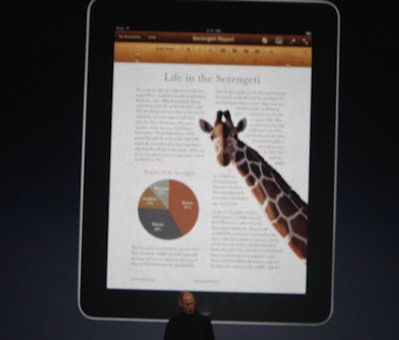 McGraw-Hill axed from iPad launch after CEO leaks on TV — The day before announcing its iPad tablet, Apple appeared to have removed McGraw-Hill from the list of publishers who will sell e-books on the device’s iBookStore. The move followed the appearance of the publisher’s 61-year-old leader, Harold McGraw III on CNBC, where he prattled about the tablet’s iPhone operating system. McGraw-Hill later claimed that it wasn’t removed from the iPad launch, because it had never been part of it.

At last: Real photos of the Apple tablet — On the other hand, these photos, which were leaked to Engadget the night before the iPad launch, turned out to be real. (By now, you’ve probably picked up on the connecting thread between our most popular stories. Sorry, Apple-haters.)

No Flash on Apple’s iPad — One of the more contentious features of the iPad was its lack of support for Adobe’s Flash technology. That decision prompted several responses from Adobe, as well as speculation about the presence of Flash in Apple’s iPad commercial, which has since been removed.

More potential photos of Apple’s iPad — Yep, people sure wanted to catch a glimpse of the insanely-hyped device. This set turned out to be fake. 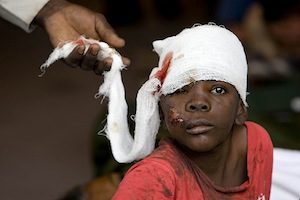 How a tweet brought makeshift 911 services to life in Haiti — Haiti’s earthquake devastated not only lives. It destroyed whatever emergency services the barely functioning government had to offer. But in less than five days, a makeshift version of 911 sprung to life. Here’s the story of how a few tech-savvy social entrepreneurs, receptive ears in the U.S. government, and hundreds of Haitian Creole-speaking strangers crowdsourced from around the world were able to help people on the ground get food or medical attention.

Tesla Motors files for $100M public offering — If the darling of the burgeoning electric car market pulls off an IPO, electric vehicles will have taken another big step towards mainstream acceptance.

Amazon.com mysteriously removes Macmillan book titles — On Friday evening, we noticed that Amazon stopped selling many books from major publisher Macmillan. Initially, there was no explanation for the removal, but a source later told The New York Times that it was caused by a dispute between Macmillan and Amazon over the price of e-books.

iPad-iFail debate: Paul, you ignorant slut! — Sometimes, VentureBeat writers disagree. In this case,, Dean Takahashi was so appalled by Paul Boutin’s list of five reasons not to buy an iPad that he penned this point-by-point rebuttal (whose headline quotes an old Saturday Night Live skit).

Inkling lets textbook makers embrace the iPad — Backed by Google investor Ram Shriram and Lotus designer Mitch Kapor (among others), the startup’s chief executive told us, “The book will never die. But the textbook probably will.” Inkling wants to create the experience that will take the textbook’s place.