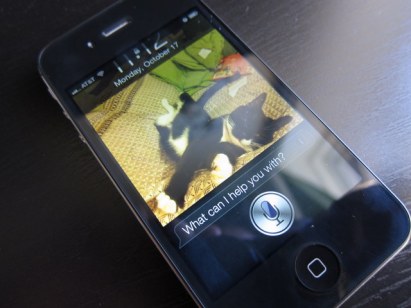 Sit down. Take a deep breath. Apple may have missed Wall Street’s mark this quarter — especially for iPhone sales — but given the rate of iPhone 4S sales so far, the company is poised to make us completely forget about this “disappointing” quarter come its next earnings report.

Apple sold 17.07 million iPhones during its fourth quarter — a 21 percent jump from a year ago, but well below the near 20 million units some analysts were expecting. But those numbers didn’t include the more than 4 million iPhone 4S units Apple sold over its launch weekend, which will be counted towards the next quarter.

Based on early iPhone 4S estimates, Piper Jaffray analyst Gene Munster predicted earlier this month that Apple could sell 25 million iPhones for its holiday quarter. But that estimate came before we saw the iPhone 4S’s smashing performance, which means Apple could end up selling well beyond that.

And don’t forget that the iPhone 4S is now on three US carriers for the first time, which will certainly lead to a significant sales bump.

So what was the cause of the slower than expected iPhone sales this quarter? Apple CFO Peter Oppenheimer blames pervasive iPhone rumors over the past few months, which kept many consumers from buying the iPhone 4, according to Wall Street Journal reporter Kelly Evans. I could certainly see how that could be true — many iPhone rumors over the past year have been both confusing and contradictory, which likely led to the initial disappointment gadget enthusiasts had when the iPhone 4S was announced.

But the more likely reason sales slowed down was because consumers have been trained to expect a new iPhone during the summer, not at the beginning of fall. Savvy consumers likely held off on upgrading their older iPhones until they saw the new model. And once they did, they jumped on it like hungry wolves.