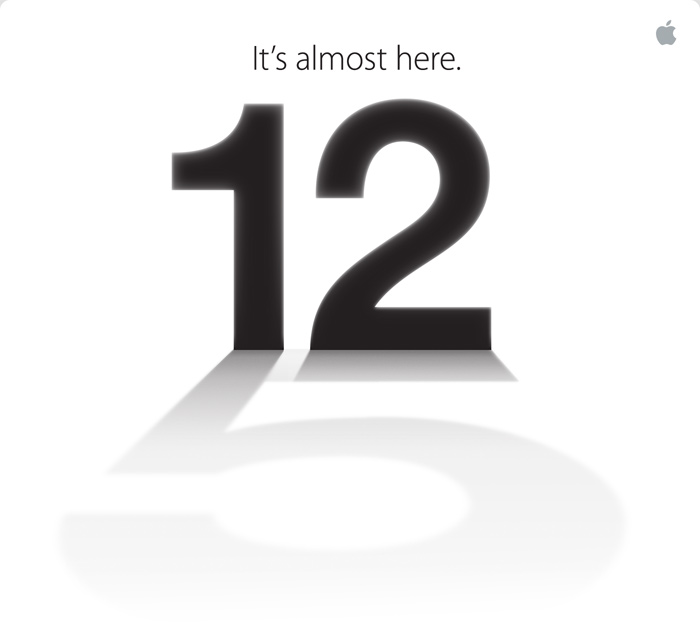 The wait for the iPhone 5 is almost over. Apple sent out its official invitation to an “event” today, scheduled to take place September 12 in San Francisco.

The invitation starts off with the message, “It’s almost here,” and boy, have we been waiting. The image also seems to indicate that the next iPhone will continue its naming pattern and be called the iPhone 5. If you notice, the shadow of the 12 (nodding to the date of the event) actually takes on the shape of a five. Some thought the next iPhone might follow the new pattern set by the latest iPad, dropping the numbers and just going with the iconic product name.

The iPhone 5 has been anticipated since before the iPhone 4S was released. Rumors about dates, casings, tallness, thinness, screens, batteries, chips, and a lot more bounced around the Internet at a pace faster than celebrity gossip. It is also said that the company will separately release a mini version of the iPad in October, ahead of the holiday season.

At the event, we also expect Apple to release its latest mobile operating system iOS 6, which will include a new maps application, along with Facebook integration, and no more YouTube.

The event starts at 10am Pacific time at the Yerba Buena Center for the Arts in San Francisco. VentureBeat will be there reporting live from the event.