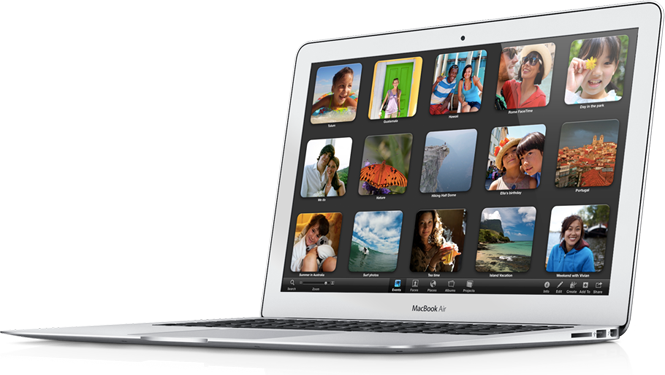 Apparently, Apple sells more than products preceded by the letter “I.”

iPhones, iPads, iPods, and soon, iPad Minis are the hottest and most visible stories for the world’s most valuable company … but they are not Apple’s only source of massive sales growth.

“One of the things that has helped Apple’s laptop shipments is Apple’s overall ecosystem,” Frost & Sullivan analyst Todd Day told me this morning. “Consumers are used to the convenience.”

Apple had released new MacBook Airs in July, and thinner, retina display MacBook Pros in June of this year. The recent retina display MacBook Pro and MacBook Air models are not just continuing Apple’s strong portable performance, they’re actually increasing the rate of growth. But it’s not just about the ecosystem — it’s also just simple build quality, according to analysts.

“The other factor is the quality of product … Apple has made a lot of strides here.” said Day.

Part of the global weakness in Windows-based laptops can be blamed on Redmond, according to Digitimes analyst Joanne Chien, who said that “consumers’ wait-and-see attitude to PC purchasing due to Windows 8’s upcoming launch” was one of the drivers of poor performance, along with the general economic downturn. 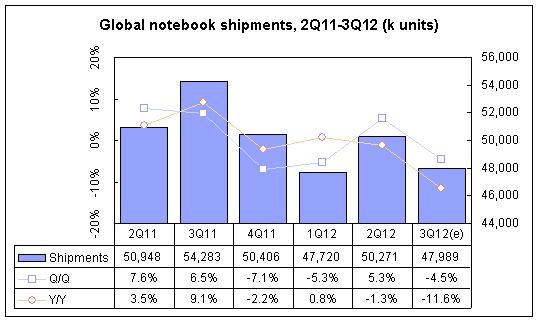