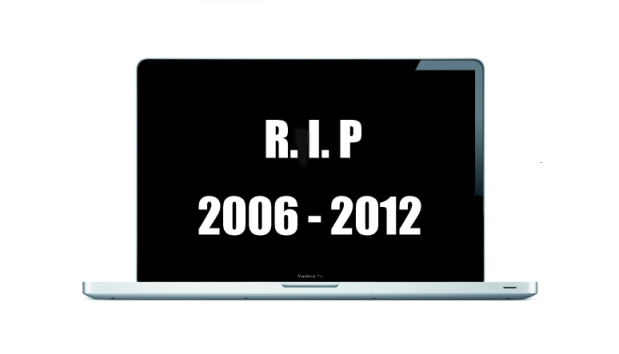 Apple’s MacBook behemoth met its quiet and unceremonious demise on Monday. Unlike the 13-and 15-inch versions, the 17-inch MacBook Pro did not get the refresh treatment from Apple, which has even removed the device from its Mac comparison page.

Clearly, big is out.

That Apple made the decision to axe the model should come as no big surprise: The high end of Apple’s MacBook line now belongs to the 15.4-inch MacBook Pro with Retina Display, whose most basic model starts at $2,199. The target demographics for the two models are almost completely identical: Like the 17-inch Pro, the MacBook Pro with Retina Display will mostly serve a niche demographic of highly mobile photographers and video editors, the kinds of people who never seem to have enough screen real estate.

But outside those groups, the appeal of the 17-inch MacBook Pro has been slim, which is likely why Apple sliced the device from its lineup.

The new MacBook Pro with Retina Display will likely follow a similar pattern: Industry people and Apple diehards will flock to it, but for pretty much everyone else, the device will be the computer equivalent to a Porchse — nice and eminently desirable, sure, but probably not worth the investment.

And then there’s the resolution issue. As impressive as the new device’s screen is, most existing content won’t upscale to it very well.

That’s because, unlike with apps on the Retina Display-equipped iPad, Apple doesn’t have the same amount of control over what appears on the screens of its MacBooks. It can upgrade software like Final Cut Pro X and Aperture, sure, but it won’t be enough: Everything outside Apple’s purview will still be in the dull, non-Retina past for now.