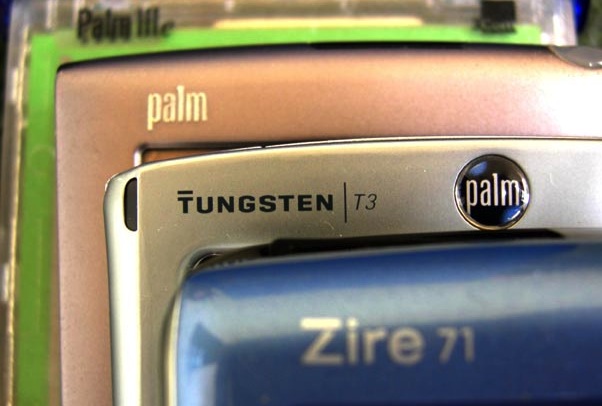 From the original smart device to the device that changed the definition of smart?

In March Apple licensed patents from the original Palm smartphone and PalmOS, which the Japanese company Access Co currently holds. The patents include technology also developed by Bell Communications Research and Geoworks.

The sale was worth $10 million, according to an announcement by Access.

AppleInsider notes that Microsoft licensed some of the same patents in 2010 and that this is likely a defensive move to give Apple legal coverage in its ongoing patent battles with Samsung and others.

Palm ushered in the brief but exciting world of personal digital assistants that originally did little more than manage calendars and schedules, and eventually it became one of the early smartphones. HP acquired Palm in 2010 for over a billion dollars, and its software powers the HP TouchPad, which was discontinued 50 days after launching. Palm OS has since been open-sourced and is now HP WebOS.

Access Co. did not provide any detail about which patents were actually bought, other than that they are smartphone-related.