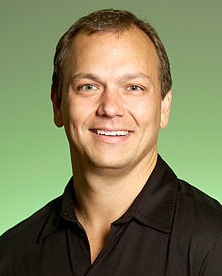 Tony Fadell, Apple’s senior vice president of the company’s iPod division is leaving the company, reports The Wall Street Journal. The motivation for his departure is said to be “personal reasons.” This is potentially a big blow to Apple.

The move makes sense of Apple’s desire to hire a former IBM executive, Mark Papermaster. Papermaster is being tapped to replace Faddell in the iPod division but will first have to overcome a lawsuit filed by IBM against the executive. IBM is alleging that Papermaster knows trade secrets about IBM’s business that he can share with Apple to give them an unfair advantage.

Faddell not only oversaw development of the iPod, he was part of the team that built the iPhone, Apple’s device which may end up being its most financially successful product ever when all is said and done. He could still stay on with the company as a consultant, The Wall Street Journal notes.

Not only are the iPod and iPhone huge businesses for Apple that Faddell was heavily involved in, he was on the short list of names regularly tossed around as possible replacements for current Apple chief executive Steve Jobs were he ever to leave the company. Perhaps no tech company is so closely tied to its leader as Apple, and shareholders will likely want to know that the person who takes over will be able to keep the money rolling in like Jobs has in recent years. Fadell was one of those people.

Fortune’s rundown of possible Jobs successors back in August described Fadell as follows:

With his American swagger and his hair bleached white, Fadell stood out at button-down Philips Electronics, where he led an in-house pirate operation designing Windows CE-based devices. It was there that he came up with the idea of marrying a Napster-like music store with a hard drive-based MP3 player. He shopped the concept around the Valley before Apple’s Jon Rubenstein snapped it up and put Fadell in charge of the engineering team that built the first iPod. Ambitious and charismatic (and no longer a bleached blond), he now runs the hardware division that makes two of Apple’s three key product lines: the iPod and the iPhone.

Apple executives Tim Cook, Phil Schiller and Jonathan Ive all got extensive time on stage during Apple’s most recent event to unveil its new MacBook line. Speculation rose out of that event that one of those men could be the eventual Jobs replacement.

Update: Apple has issued an official statement welcoming Mark Papermaster as its new senior vice president of Devices Hardware Engineering — meaning that yes, he will be leading the iPod and iPhone hardware engineering teams.

Also of note is that not only is Fadell “reducing” his role with the company, his wife, Danielle Lambert, who is Apple’s vice president of Human Resources, will be leaving as well. The official reason given is that they wish to “devote more time to their young family.”

Apple chief executive Steve Jobs reiterates that Fadell will still have some roll with the company in a “new capacity.”