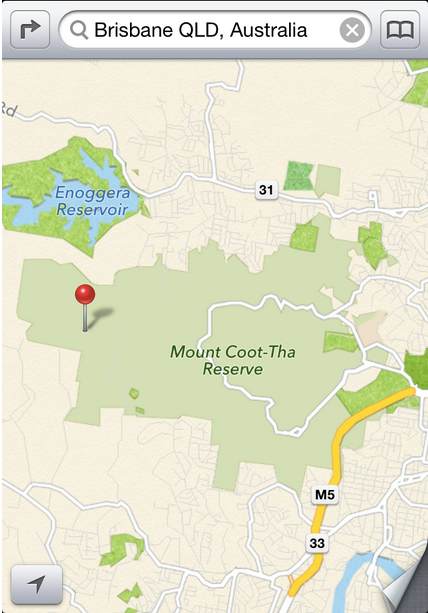 If you’re an iPhone 5 owner, you may be wondering how long the Apple Maps problems will last.

A cartographer who has quickly gained visibility as a leading expert on the issue says he has no simple answer. But he asserts it will be quite some time.

Mike Dobson, a former professor of geography at SUNY Albany and Rand McNally’s chief cartographer from 1986 to 2000, wrote a blog post late Thursday that has become one of the most widely used sources for what is behind Apple’s woes.

He says the problem stems mainly from poor data — and not from software, where Apple does a good job. But the data problem is so vexing that it will require the company to step back and basically reengineer its product. Dobson titled his post cheekily: “Google Maps Announces 400 Year Advantage over Apple Maps.”

Dobson has been responding to every single comment on his blog post over the weekend, and it’s very informative reading.

A lot of the data that Apple needs, Dobson says, must be supplied by humans. And part of that should be via crowdsourcing techniques, he says. However, Apple doesn’t have a good source for this yet, says Dobson, who now runs a consulting service called Telemapics (which is also the name of his blog).

For Apple to fix Maps, it will require a lot of hires, namely of experts in mapping, and a quality assurance (“QA/QC”)  team experienced in spatial data, he said.

“Perhaps the most egregious error,” Dobson writes, “is that Apple’s team relied on quality control by algorithm and not a process partially vetted by informed human analysis. You cannot read about the errors in Apple Maps without realizing that these maps were being visually examined and used for the first time by Apple’s customers and not by Apple’s QC teams. If Apple thought that the results were going to be any different than they are, I would be surprised. Of course, hubris is a powerful emotion.”

Dobson said the data problems are five-fold: completeness (data omission), logical consistency (for example, having a store’s name and street number correct, but mapping it in the wrong town), positional accuracy (saying something is “close” to another location, when it’s not true), temporal accuracy (dated information), and thematic accuracy (incorrect classification and attributes).

Dobson says Apple should consider acquiring a service similar to Google Map Maker, which lets people improve the maps of places that matter to them. These updates are then fed back into Google Maps, to improve the main product for everyone else. Indeed, the irony here is that Google’s capability to improve its maps through this crowdsourcing technique is one reason why Apple decided to move away from relying on Google Maps in the first place. Apple realized that defaulting to Google Maps on its phones was giving Google a bigger and bigger advantage over time. So better to launch Apple Maps with big problems than wait any longer.

Indeed, some pundits argue that Apple had little choice other than to launch quickly with the map bugs, although Dobson disagrees. He says Apple misunderstood what it took to get to the minimum threshold of quality needed to make the change. “Their problem is that they thought they did not have a problem,” he says.

As such, he counters commenters on his post who say Apple will likely fix its problems quickly.

In addition to lacking a source for active crowdsourcing such as Map Maker, Apple lacks a comparable tool to Google’s Street View, Dobson says. Both of these omissions will make it “difficult to address all of the errors for quite some time,” he says.

In the comments, Dobson argues that Google’s local search is one of the ingredients that makes Google Maps so special. Google has more data on the things people are searching for in local domains and can harness that information to tune their map data collection and coverage. Google is able to get local business listings because it offers free advertisement and other incentives for businesses to offer up such data. Apple has no such service and doesn’t appear to be getting one soon.