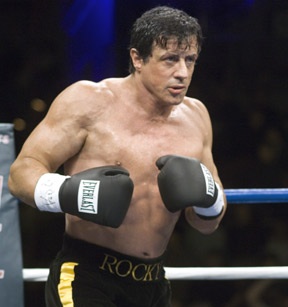 Pundits are declaring mobile the new PC. The number of mobile phones far outstrips the number of desktops. Mobile phones are available to people in the developing world who never had an opportunity to buy or even use a PC. With phones becoming smarter, there will be even less need for people to own PCs. Microsoft has dominated the PC-based world ever since it drove Apple close to extinction in the mid ’90s. But with Apple’s strong footing in mobile, its recent release of a larger, tablet form factor, iPad, also based on its mobile iPhone OS, and more form factors likely on the way to challenge the traditional PC, we may be in for a rematch.

Several companies realize that the future lies in mobile. Google, with its obsession about mobile advertising and its foray into the mobile OS space with Android, is a good example. And Microsoft is certainly rethinking its strategy with Windows Phone. But while these and other players develop their mobile strategies, Apple has already built a huge lead, not only with its powerful iPhone operating system, but with the vast number and variety of applications available on that OS. The jury’s still out on whether Apple’s iPad will be the huge success many expect it to be. But even so, the app development community has so much faith in Apple’s ecosystem that we’ve seen startups and bigger companies racing to join a gold rush of app development for the platform. There are more than 150,000 apps available on iPhone and a lot more to come on iPad.

It wasn’t too long ago that we all watched Microsoft drive Apple out to the sidelines of the personal computing market where it would subsist as a niche player. (If you want evidence that Apple is still smarting over its decades-old loss of the PC market to Microsoft, look no further than the boilerplate it includes on every press release: “Apple ignited the personal computer revolution with the Apple II, then reinvented the personal computer with the Macintosh.”) But now that Apple’s gained a solid foothold in the mobile market, there’s nothing to stop it from expanding its mobile OS and mobile devices — from smartphones and tablets to other, more computing-intensive devices — until it’s once again in a face-to-face fight with Microsoft for dominance of the computing market. And if it does, this time I believe it’ll win.

Here is how Apple could use its lead in the mobile market to redefine the PC industry, and unlike Microsoft, which has gone mobile by stripping down its Windows operating system to create Windows Mobile, will move up the market, from smartphone to PC-like device, by growing its iPhone OS to support new kinds of functionality and devices.

1. Computing is becoming more mobile — whether via a smartphone, a netbook, or a laptop, and consumers are increasingly demanding stronger machines. They want to take their computing power with them, rather than leaving it at home or in office. This means that, whatever future computers might look like, they obviously need to be mobile. Which means they need to be lighter, smaller, and nimbler. Since iPhone OS was designed to meet those needs, it makes more sense to scale it up for bigger screens (iPad for example), rather than scaling down Mac OS to fit a more mobile device.

2. Apple can also tap into its huge ecosystem of application developers and existing apps built for iPhone when designing this next generation of mobile computers. Although iPhone apps don’t really look pretty on iPad, it doesn’t take much effort to customize an iPhone app for iPad. With iPad, Apple is poised to take even a stronger lead in the mobile apps market, and the strong apps ecosystem it’s building will eventually help it compete more effectively in personal computing.

3. Apple has learned a lot from operating in the mobile market. It is using that experience and success in mobile to change the game in the bigger device category. We’ve already seen features, like the multitouch, move from iPhone to MacBook with its multitouch trackpad. Apple will do the same with iPad: It will learn from its sales and usage in the next couple of years to then launch a device that would be a direct threat to today’s (and tomorrow’s) laptops.

Imagine a stronger and slightly bigger iPad (with perhaps even a keyboard) with multi-tasking capability among features that are lacking in today’s iPad. Combine that device with thousands of apps, and it is not hard to see how that could threaten Microsoft’s dominance of the computing market like never before. The biggest reason people buy Windows PCs today is the abundance of apps and the fact that so many other people have them (so that it’s easy, for example, to share a Word document with anyone around the world).

The iPhone OS won’t just offer a lot more apps, it will also offer newer and more feature-rich apps than are available in the PC world. More and more people will be used to working with Apple apps such as iWorks (Apple’s version of “Office”) on iPad, and will therefore seek to carry them over to bigger screens.

Now, I’m not saying I know what that next bigger, stronger device from Apple will look like or whether it will have a physical keyboard or another type of input device. I’m not even saying that device will be like a laptop — in fact, it most likely will not. Laptops have no space in a new paradigm where features and strengths such as touchscreens, ability to turn on a device in a snap, soft keyboards, and mobility rule. But whatever form that computing device takes, Apple will be a dominant player in the space. It will be a world that will be driven by a new breed of apps and in which Microsoft won’t have the upper hand anymore.

When that happens, the threat to Apple’s mobile dominance won’t come from another platform (like Windows or Blackberry) but from web apps and cloud computing. Which means Apple could eventually face another Microsoft in Google. It should be an interesting game to watch.