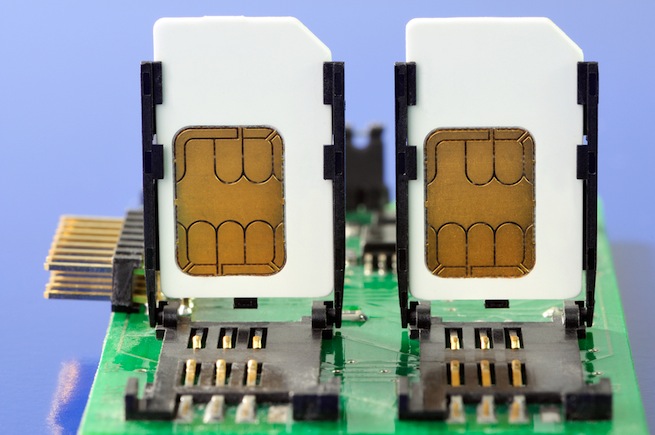 We’ve updated the post with Nokia’s reaction to Apple’s offer.

How much does Apple want its nano-SIM technology to become the new industry standard? Enough to offer the design royalty-free to other companies, according to FOSS Patents.

For those not in the know, a SIM card is the tiny chip that sits inside of all cell phones. It’s the piece of technology that allows wireless carriers and device manufacturers to distinguish your phone from all the others like it. Right now, there are two SIM card designs being used in the industry: one used by RIM, Motorola, and Nokia; and another used by Apple.

While both camps think their SIM designs are better, there can only be one industry standard. Apple’s chip is smaller, which means there’s more room for components within a handset. It’s also the standard that’s used by the European Telecoms Standards Institute (ETSI).

Normally, you could chalk up Apple’s insistence on using nano-SIM to the fact that the company would stand to make lots of money through licensing deals. But since Apple is allowing competitors to license the technology patent for free, it could mean that the company really isn’t just trying to turn a profit. The only demand from Apple is that nano-SIM be acknowledged as the official industry standard.

Update 3/26/2012 12:22 PST: Nokia has responded to Apple’s offer to allow competitors to license its nano-SIM design for free. The company told ComputerWorld that Apple’s offer is essentially worthless because Apple doesn’t own any significant patents necessary to make its SIM design the industry standard.

“We are not aware of any Apple Intellectual Property which it considers essential to its nano-SIM proposal. In light of this, Apple’s proposal for royalty-free licensing seems no more than an attempt to devalue the intellectual property of others,” a spokesman said via email.