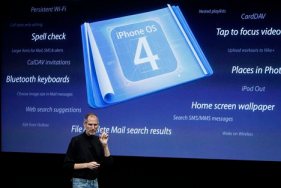 It was a reasonable rumor: Apple changed the words in the legalese that comes with the software development kit for its upcoming iPhone 4.0 operating system — the OS that will power iPhones and iPads beginning in June or July. To many readers, the wording appeared to ban data collection and reporting from analytics tools such as those offered by Motally, Flurry, Distimo, Localytics and Medialets.

But people at the analytics firms we’ve talked to say they’ve been in touch with Apple, and they’re not being banned. So Apple’s notoriously long, secretive app approval process will probably get longer and more confusing to some developers. And analytics vendors will need to pay careful attention to what Apple considers acceptable and unacceptable. But they’re not being locked out.

It’s hard to get anyone to say flat out that, “I’ve talked to Apple and we’re clear.” But Motally CEO John Forsese emailed a statement, “We’ll be very surprised if at the end of the day developers are banned from being able to have tools that help them build better apps.”

“Way before Apple iPhone OS 4.0 ships, we will have an SDK that is fully compliant with Apple iPhone OS 4.0 terms and conditions and we are also working [on] and will be announcing soon an initiative and product features that address consumer privacy concerns.”

That last part is good to know. There are plenty of smartphone owners who flinch at the idea of any data at all being collected from their handsets. Hopefully iPhone 4.0 will come with a giant No Thanks button.