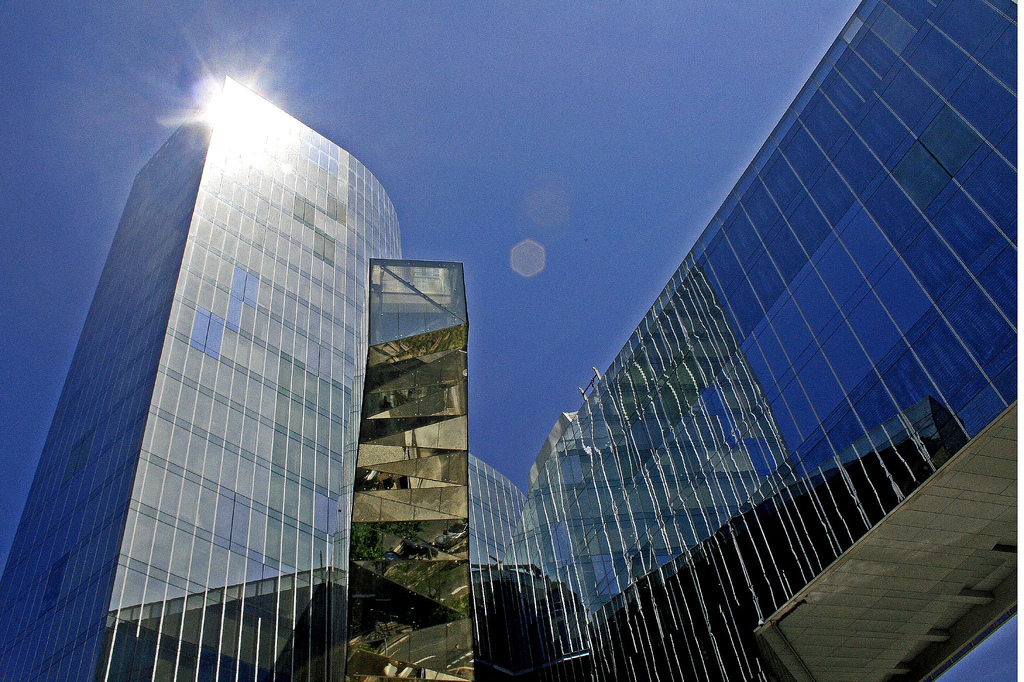 Seventy-seven percent of all new smartphones and tablets activated in the enterprise last quarter were Apple devices, according to a new report from Good Technology.

The most popular device was Apple’s new iPhone 5, with 32 percent of all activations. The top five devices activated also included the iPhone 4S, iPhone 4, iPad 3, and iPad2. Out of the top 10, eight were Apple devices, including the iPad 4, the aged iPad 1, and the equally venerable iPhone 3GS. 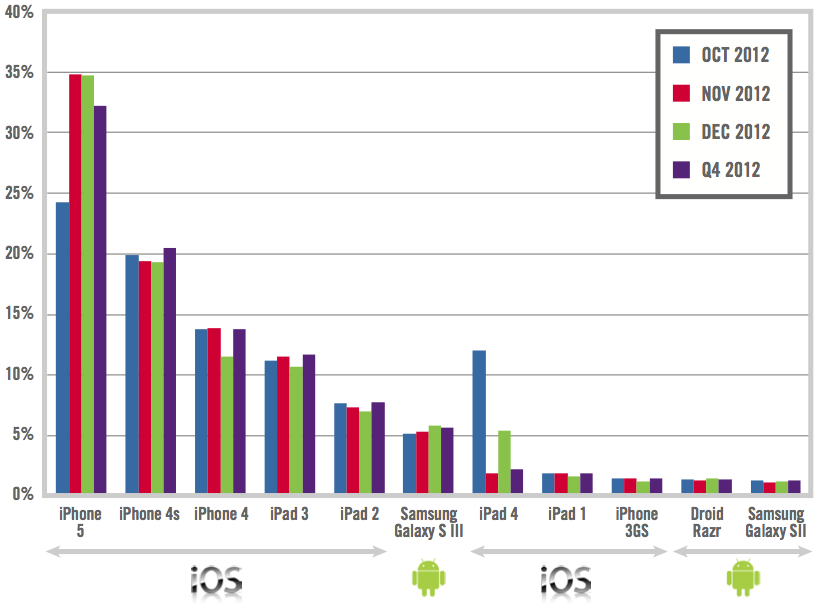 Android’s first foray into the enterprise comes at number six, with the Samsung Galaxy S III, and its only other contestant is the S III’s baby brother, the Galaxy S II, which clocks in at number 10. iOS activations were up 8.5 percent year-over-year.

Good Technologies offers solution for secure collaboration, communication, and data. With 4,000 enterprise customers and half of the Fortune 500 in its stable, it has fairly good insight into what the enterprise is doing in mobility.

“Between Q1 and the end of Q4 2012, Android tablet activations jumped from 2.7 percent to nearly 7 percent of total activations,” Good says in its report, attributing the spike in part to the rise of fablets: hybrid phone-tablet devices like the Samsung Galaxy Note. 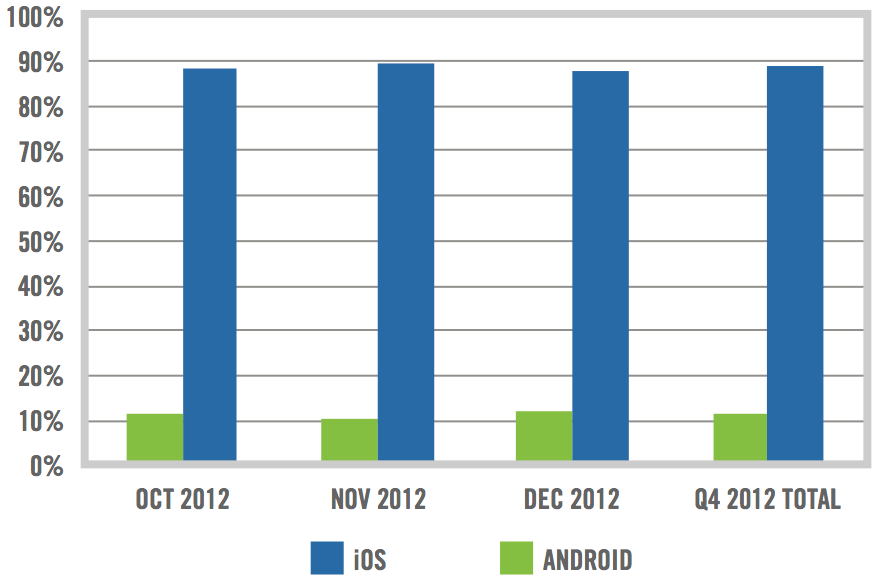 Above: Tablet activations in the enterprise: Q4 2012

Windows reigns, of course, on the enterprise desktop, but it is a marginal, niche player so far in enterprise mobility. Only .5 percent of enterprise device activations in the fourth quarter were Windows phones or tablets. That may, of course, change as Windows 8 edges into the enterprise and CIOs look at the potential benefits of a more unified desktop-mobile operating system environment.

Above: Q4 2012 activations by device type

One interesting note: The business sector that is driving down Apple’s stock valuation is the same industry that is purchasing the most of Apple’s products. According to Good Technologies, between 30 percent and 36 percent of all iPads activated in enterprise where purchased by the financial services industry. The next closest sector is business and professional services, at under 20 percent. 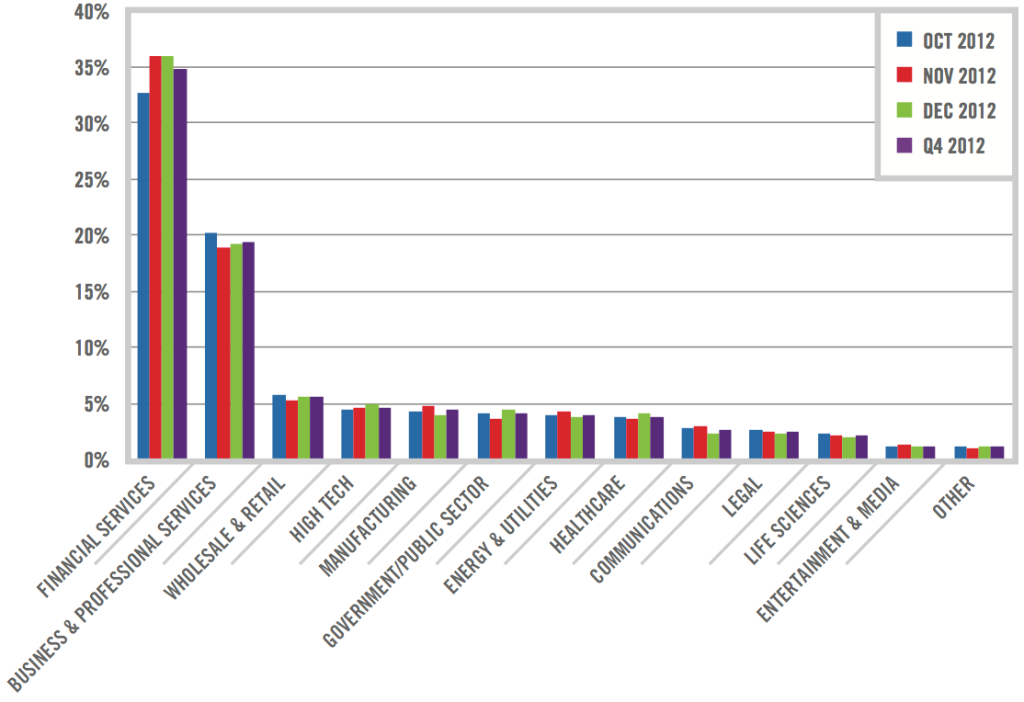 Above: iPad activations by industry