Apple CEO Tim Cook announced during the company’s “More in the Making” event in New York City that Apple has passed 400 million iPads sold. Apple sold more iPads in the last year (44.2 million) than any other major manufacturer sold laptops, Cook pointed out.

“We’ve sold more iPads in the last year than the entire notebook lineup of all of the biggest notebook vendors,” Cook said onstage. “Not only [is it] the most popular tablet, but the most popular computer in the world.” 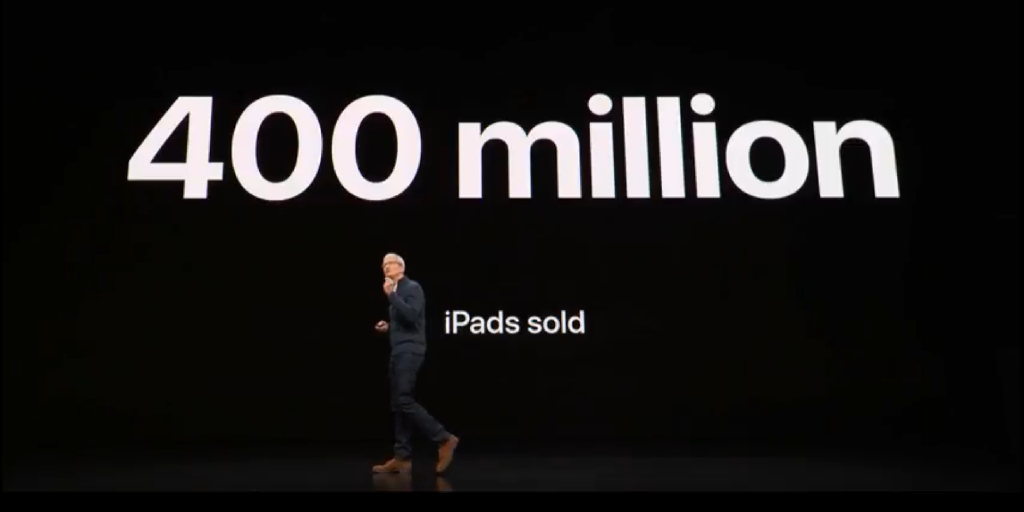 Tablet shipments have been in the red for years — most recently, tablets declined for the 15th straight quarter. Nonetheless, Apple has led this market with the iPad. The company has seen year-over-year declines, as well, but most recently iPad sales have been largely flat.

This is one reason Cook wants to compare the iPad to laptops — the tablet market simply isn’t growing, and neither is the iPad. Tablets simply don’t sell as well as smartphones. The other reason is because Apple wants to position the iPad as more than just another tablet.

Apple shared the 400 million milestone right before unveiling the new iPad Pro and Apple Pencil. The devices are meant to blur the line between tablet and laptop, which Apple talks up in its marketing by arguing the iPad should be seen as redefining what a computer can be.

At the very start of the “More in the Making” event, Cook shared that Apple had 100 million active Mac users. He didn’t give a comparable figure for the iPad.