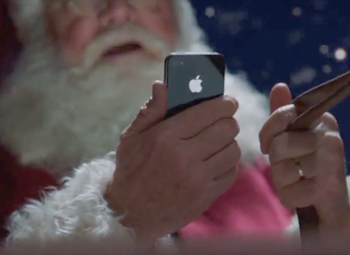 After disappointing Wall Street last quarter, Apple has made a massive comeback reporting record net profit of $13.06 billion on revenue of $46.33 billion for the first quarter.

Analysts have been speculating since December that this would be a blowout quarter for Apple. Meanwhile, Wall Street expected earnings of $10.07 per share on revenues of $38.76 billion, according to Piper Jaffray’s Gene Munster. Simply put, Apple blew pretty much every estimate out of the water.

The big problem last time around was that Apple missed the mark on iPhone sales due to the October release of the iPhone 4S. Consumers ended up delaying their purchases in anticipation of the new model, and to make things even worse iPhone 4S sales weren’t counted for that quarter.

The first quarter of 2012 therefore had the benefit of all the iPhone 4S sales (remember Apple sold 4 million units alone in the first weekend), as well as the typical holiday shopping bump. It’s also a major improvement to this time last year, when Apple saw profit of $6 billion on revenue of $26.74 billion.

The company reported record sales all around for the quarter: 37.04 million iPhones (a 128 percent jump over last year; also, we told you so), 15.43 million iPads (a 111 percent jump), and 5.2 million Macs, up 26 percent. iPod sales didn’t fare as well, with Apple reporting 15.4 million units sold, a 21 percent decline from a year ago.

Apple says it generated $17.5 billion in cash flow from operations during the first quarter, which gives it $97.6 billion cash and securities on hand. The company is “actively” looking for uses for the cash, but “we’re not letting it burn a hole in our pockets,” Apple CFO Peter Oppenheimer said during the earnings call today.

For the next quarter’s guidance, Apple expects to see revenue of $32.5 billion and profits of $8.50 a share.