Apple released its fourth quarter numbers today, and the results were pretty similar to what most analysts had predicted: good but not great, up from 2012 but not by much.

But Apple is very well set up for a knock-it-out-of-the-park fiscal Q1 2013, which is the Christmas sales season. 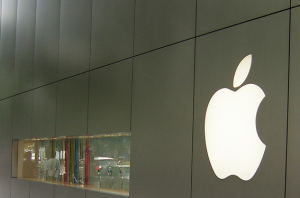 Here are the numbers:

Last quarter, Apple had reported revenue of $35.3 billion, with net profit of $6.9 billion on 36.9 percent gross margin. The company sold 31.2 million iPhones, 14.6 million iPads (which was down from 17 million in the same 2012 quarter), and 3.8 million Macs (also down from four million in the year-ago quarter).

And, in the fourth quarter of 2012, Apple had reported revenue of $36 billion and net profit of $8.2 billion, meaning that revenue was slightly up but profit was down this quarter.

Apple’s board of directors has declared a cash dividend of $3.05 per share of the company’s common stock.