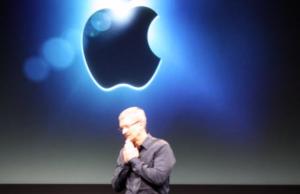 Apple reported big earnings today with its fourth quarter results, but it unfortunately missed Wall Street’s expectations. That considerably hurt Apple’s stock, which tanked 6 percent in after hours trading as of this posting.

Apple is in a transition mode of sorts after the death of former CEO and technology seer Steve Jobs. New CEO Tim Cook has done his best to keep momentum on Apple’s best-selling products. The new iPhone 4S sold a record-setting number of units this past weekend, but those 4S sales weren’t included in the numbers for this quarter. (We’re sure Apple would have liked those sales to boost its Q4 totals.)

Here’s a brief look at Apple’s numbers from the fourth quarter:

iPod sales: 6.62 million units, a 27 percent decline from the year-ago quarter. Half of the units sold were iPod touches.

OS X Lion sales: 6 million downloads. Lion is newly released so there are no quarter over quarter comparisons.