Apple is seriously looking into becoming a video content creator in the way that Netflix and Amazon are.

A Variety report cites unnamed sources as saying that Apple “has held preliminary conversations in recent weeks with executives in Hollywood to suss out their interest in spearheading efforts to produce entertainment content.”

The report says that the business unit exploring the options reports to Apple’s Eddy Cue, who spearheads all of Apple’s content efforts. 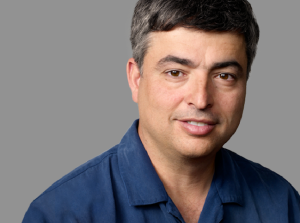 Variety says one source who had talked to Apple said the Cupertino, Calif.-based giant is looking to create development and production divisions within the company that would focus on acquiring, or even creating, original content.

This, of course, would put Apple in head-to-head competition with Netflix and Amazon.

Apple has gone in a similar “original content” direction in music. Around the launch of its Apple Music subscription service, Apple increasingly began to resemble a record label. Reports said Apple is producing music videos for people like M.I.A. and Drake. Another report pointed to a new Apple job listing for a music video producer.

Making TV shows is a whole new ball game, however, and a labor-intensive one. The Variety report might reignite the question of just how many circles Apple can move in without being stretched too thin.