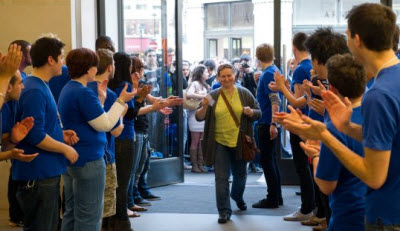 Apple apparently ran out of its iPad 2 supplies by Saturday afternoon in most of the 25 countries where it launched the new tablet computer on Friday.

If it’s true, then Apple is well on its way to having another worldwide hit with the iPad 2. The company is in a race to hang on to its No. 1 position in tablets and beat rivals using Android, WebOS, RIM’s QNX and other mobile operating systems.

Fortune says that a bunch of reports suggest Apple ran out of stock quickly as it opened stores at 5 pm local time in the overseas markets, just a few weeks after the iPad 2 went on sale in the U.S. on March 11.

Pocket-lint said the Apple stores in London are completely out of stock and won’t get more before Monday. Electronista and The Province said stores were sold out in Canada as well. Apple’s Paris store sold all its supplies on Friday. Third party retailers also had limited stock and sold out quickly.

Apple will likely disclose its numbers of iPad 2 units sold in a few weeks when it reports its second fiscal quarter earnings. It will be interesting to see if Nintendo sees the same kind of results with the launch of its Nintendo 3DS portable gaming handheld. Expectations are high for that system as well. It may be no accident that both launches are happening now.