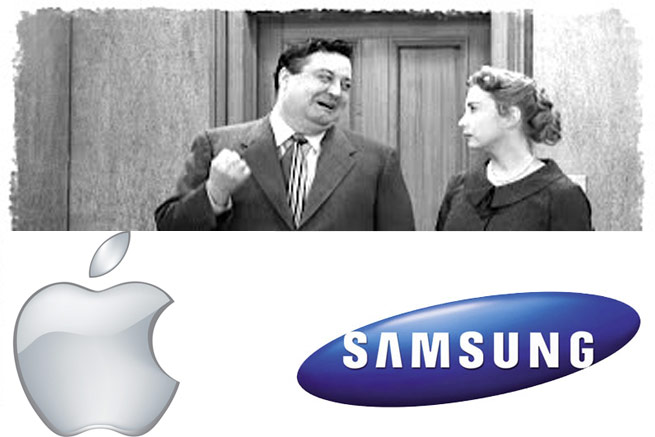 We haven’t seen a love-hate relationship like this since the Honeymooners.

Apple and Samsung are fighting tooth and nail in the market, together winning half of the global marketshare and 90 percent of the profit for smartphones.

And they’re mauling each other in court: 50 ongoing or filed lawsuits in 10 countries, including four in the U.S., 12 in Germany, one in the UK, two each in France, Italy, the Netherlands, South Korea, and Australia, and three in Spain.

But Apple and Samsung are also massive partners: Apple sources iPad screens, A5 chips for both iPhones and iPads, and DRAM chips for multiple products from Samsung factories. 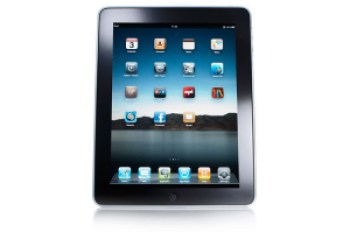 And those components show up in close to 80 percent of Apple’s revenue. Last quarter, Apple sold $9 billion in iPads, $16 billion in iPhones, and almost $2 billion in iTunes store purchases, all out of $35 billion in total revenue. Without Samsung’s chips, or viable alternatives, CPUs, memory, and screens for all those mobile devices are lacking.

(I’ve included iTunes because without iPads and iPhones, there’s not a lot of point making app and music purchases, but I have not included any revenue from products such as the MacBook Air, which uses Samsung solid-state memory chips.)

In other words, Samsung is absolutely critical to Apple’s success — without its Korean partner, Apple could not deliver its products at the pricing and quality it is currently shipping.

But Apple is, in turn, massively important to Samsung: The Cupertino company is its single biggest customer.

Apple orders have been between $6 and $10 billion annually, and could hit $11 billion in 2012. In fact a single rumor — that Apple was sourcing memory chips from a Japanese provider — shaved $10 billion off Samsung’s market capitalization earlier this year.

I’m going to go out on a big fat limb here (feel free to cut it off in the comments!) and say we’ve never seen global business like this: great friends, horrible enemies.

The question is: Who needs the other more?

My money is on Apple needing Samsung more. With so much of its revenue tied up into products that Samsung manufactures critical components for, any serious interruption in the production flow would have enormous impacts. For Samsung, losing $10 or $15 billion in revenue would make for a very, very bad day (and a bad year), but would not be an existential crisis.

Ironically, the design-conscious California company that preaches total supply-chain integration is fighting a company that owns more of the supply chain. Samsung makes the components, but it also makes the finished products.

Long term, the company’s interests diverge. Samsung is and wants to be a global brand, not an anonymous manufacturer buried in someone else’s value chain.

Apple has got to be looking hard for alternatives.