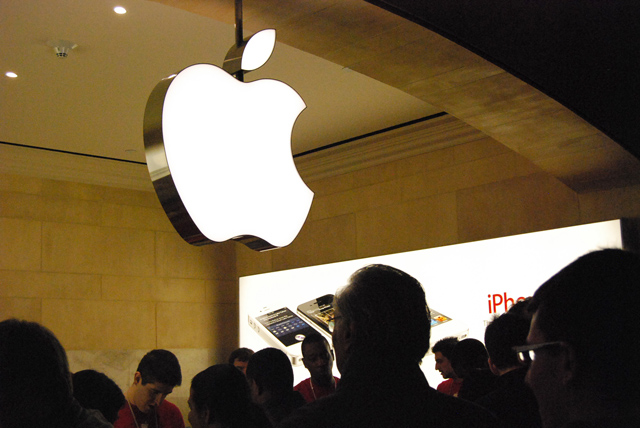 As one of the most profitable companies in the world, it’s hard not to think that Apple would try to reduce its taxes wherever possible. But according to a detailed report today by the New York Times, the company is going to extreme lengths to avoid taxes — so much so that it’s pioneered accounting techniques that many others have followed.

For example, Apple has opened a subsidiary in Reno, Nevada — cheekily named Braeburn Capital — to collect the company’s profits, as well as invest them. Nevada offers a corporate tax rate of zero, while California’s is 8.84 percent, so the subsidiary allows Apple to legally able to avoid millions in taxes to California.

Of course, Apple isn’t alone with its tax avoidance methods. But just as with the New York Time’s extensive reports on Apple-related labor abuses in China, the paper seems to be holding up Apple as an example to point out greater business concerns. Apple is a particularly interesting subject as well, given its record-high profits and cash reserves of $110 billion.

“Apple was a pioneer of an accounting technique known as the “Double Irish With a Dutch Sandwich,” which reduces taxes by routing profits through Irish subsidiaries and the Netherlands and then to the Caribbean,” writes the NYT’s Charles Duhigg and David Kocieniewski.  “Today, that tactic is used by hundreds of other corporations — some of which directly imitated Apple’s methods, say accountants at those companies.”

Without its creative accounting, Apple could have owed $2.4 billion more to the U.S. government last year, according to former Treasury Department economist Martin A. Sullivan. Apple paid $3.3 billion in cash taxes last year on profits of $34.2 billion, whereas retailer Walmart paid $5.9 billion on $24.4 billion in profits, the NYT points out.

The NYT report, which mentions plenty of other interesting tax tactics by Apple, is particularly damning against Apple given how much California and its home city of Cupertino are struggling. I suspect we’ll see the usual amount of Apple bashing thanks to this report, but there’s likely little the company will do about the criticism. Apple doesn’t really have much room to improve if its competition continues to take advantage of legal tax loopholes.

In response to the New York Times report, Apple issued the following statement‘ to the paper:

Over the past several years, we have created an incredible number of jobs in the United States. The vast majority of our global work force remains in the U.S., with more than 47,000 full-time employees in all 50 states. By focusing on innovation, we’ve created entirely new products and industries, and more than 500,000 jobs for U.S. workers — from the people who create components for our products to the people who deliver them to our customers. Apple’s international growth is creating jobs domestically since we oversee most of our operations from California. We manufacture parts in the U.S. and export them around the world, and U.S. developers create apps that we sell in over 100 countries. As a result, Apple has been among the top creators of American jobs in the past few years.

Apple also pays an enormous amount of taxes which help our local, state and federal governments. In the first half of fiscal year 2012 our U.S. operations have generated almost $5 billion in federal and state income taxes, including income taxes withheld on employee stock gains, making us among the top payers of U.S. income tax.

We have contributed to many charitable causes but have never sought publicity for doing so. Our focus has been on doing the right thing, not getting credit for it. In 2011, we dramatically expanded the number of deserving organizations we support by initiating a matching gift program for our employees.

Apple has conducted all of its business with the highest of ethical standards, complying with applicable laws and accounting rules. We are incredibly proud of all of Apple’s contributions.