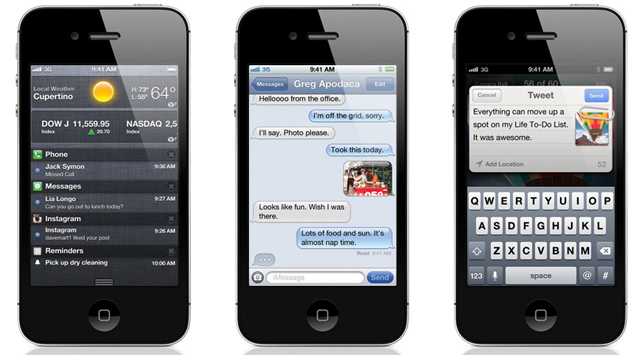 Apple sold a record 37.04 million iPhone devices in the first quarter of 2012, a startling figure that puts the newest iPhone model, the 4S, on track to be one of the most popular smartphones ever produced.

We suspected the phone would be mega-popular from Apple’s announcement that more than 4 million iPhone 4Ses were sold its first weekend of availability. The iPhone 4S in particular has been so desirable that it is eating heavily into Android’s coveted market share among those who’ve purchased smartphones recently. And earlier today Android-friendly Verizon Wireless confirmed that it had sold 4.2 million iPhones alone for its fiscal fourth quarter.

The company’s record results today confirmed what many analysts expected. Its sale of 37 million iPhone units represents a 128 percent growth spike over the year-ago quarter. Besides the iPhone 4S’ staggering sales numbers, the iPhone 3GS is also worth considering because it was sold by AT&T for free on a 2-year contract and that price was hard to beat for penny pinching consumers that wanted a taste of Apple’s tech for cheap.

In perspective, iPhone sales dipped during the fourth quarter this year, as many consumers were anticipating the release of a magical iPhone 5. But, as we predicted earlier, the iPhone 4S’ performance during the holiday quarter more than helped Apple make up for much of those earlier lost sales.

One feature that likely helped propel the iPhone 4S to top-tier status was Siri, the phone’s heavily-advertised voice assistant. Another feature was likely that phone’s stellar 8-megapixel camera, which is already the second most popular smartphone camera on Flickr after the iPhone 4.

Do you think Apple will continue to dominate with the iPhone 4S throughout 2012?