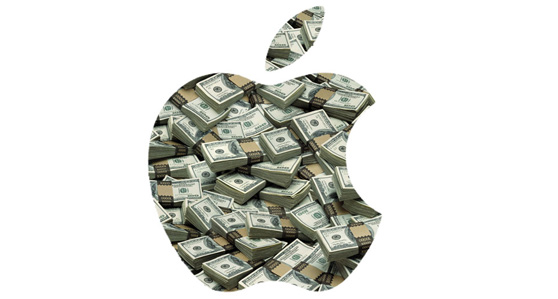 For a moment this morning, each share of Apple stock was worth as much as a new 32GB third-generation iPad. Apple shares broke the $600 mark for the first time ever Thursday morning, hitting $600.01 before falling back a bit in morning trading.

The milestone price leap was propelled by excitement for tomorrow’s new iPad launch and the first round of glowing iPad reviews that hit the Internet this morning. Other factors include the company’s push to expand overseas, particularity into giant markets China and Brazil, and anticipation for the year’s remaining product launches.

Just over one month ago on February 13, Apple shares broke $500 for the first time ever. Apple is still holding onto its title as most valuable company, putting space between it and second place Exxon. At $600 a share, Apple’s market cap would be $550 billion.

Analysts seem certain the rise will continue. This morning Piper Jaffray raised it’s target for the stock to $718 and on Tuesday Perter Misek at Jeffries raised his target to $699.