Apple showed off a real-time augmented reality game, Galaga AR, today at its iPhone event in Cupertino, California. It’s based on the old Galaga arcade game but far different, with three players.

This AR adaptation of Galaga comes from Directive Games. When you look at your iPhone screen, you can see a bunch of alien-bug spaceships that you have to shoot down. You’re not only trying to survive, but you’re also trying to beat the other players. It was a pretty cool demo, with a lot of blasting onscreen and loud sounds. 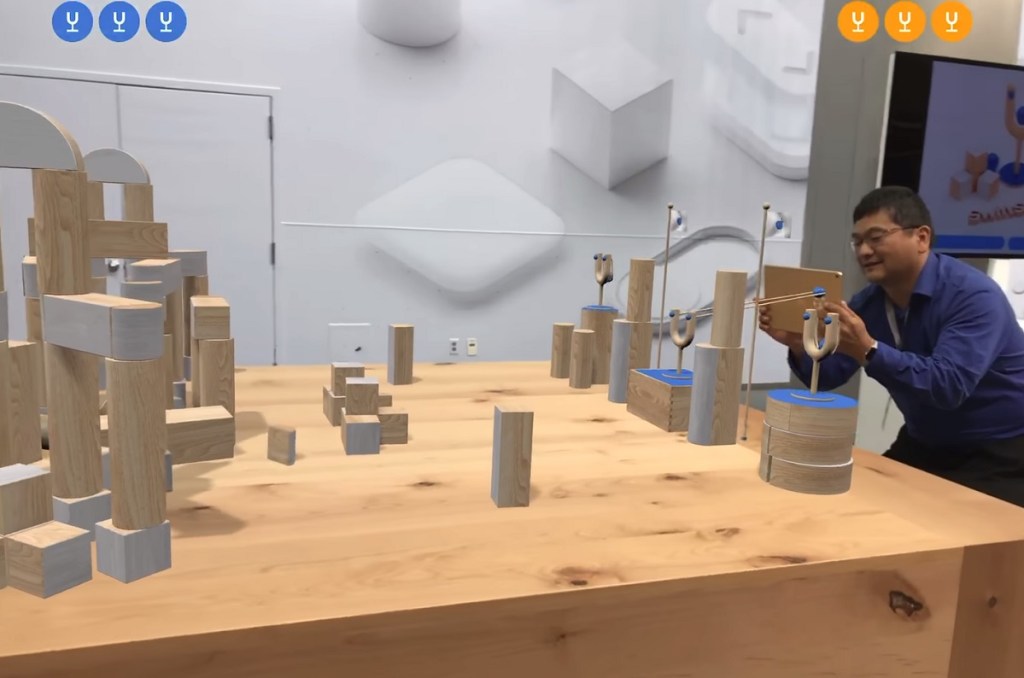 At Apple’s WWDC event in June, the company said it created the AR game Swift Shot as a freebie for developers to show them an example of an app running on ARKit 2.0. You can play this on top of just about any surface, like the wooden table in the picture. One player sets up the game so that the animations can be properly embedded in the real world.

At the earlier event, the company also said its ARKit 2.0 enables multiplayer gaming and spectating within AR. ARKit 2.0 and a new AR file format, Universal Scene Description (USDZ), will debut later this year and enable the streamlining of sharing and rendering.

Galaga is one of the longest-lasting brands in gaming. This arcade shoot-’em-up debuted in 1981 as a sequel to Galaxian. It’s had a number of re-releases and adaptations over the years, including Galaga Wars for iOS and Android, which came out in 2016 from Paladin Studios.