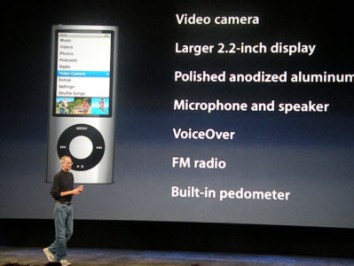 Apple announced today that Apple is cutting prices and increasing storage capacity on its iPod line-up.

With the iPod Touch, an eight gigabyte model used to cost $229. Now it will be $199, a price intended to lure in more mass market buyers. Apple kept the $299 price point, but instead of 16 gigabytes you can now get 32 gigabytes. You can also get a 64-gigabyte model for $399 (where previously that price only got you 32 gigabytes).

The iPod Classic, which previously stored 120 gigabytes, can now store 160 gigabytes, or 40,000 songs, for $249. The iPod Shuffle will now have five colors and sell at $59 for 2 gigabytes, a new version in addition to the $79 model at 4 gigabytes. There will be a new stainless steel special edition 4-gigabyte iPod Shuffle model for $99. 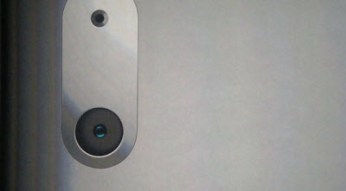 Apple is also introducing a $169 16-gigabyte iPod Nano model with a built-in video camera. More than 100 million iPod Nanos have been sold. Apple has also built in a voice recorder app, a pedometer, and an FM radio. It now comes in six colors with anodized aluminum cases.