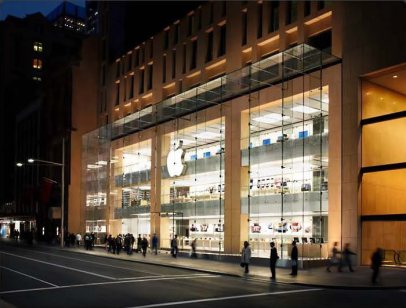 Apple is apparently planning to celebrate the tenth anniversary of its retail stores this month with a slew of improvements spearheaded by none other than Steve Jobs and design head Jon Ive, 9to5 Mac reports.

Among the improvements, a source tells the site that Apple will offer personal setup for new computers and devices in “Startup Sessions” areas in stores, and iPads will be everywhere serving as interactive signage. The improvements have been dubbed “Apple Store 2.0” internally, the source says.

While the news is still unconfirmed, it fits in with rumors from earlier this week that Apple was planning something big at its stores. It sounds like Apple is once again aiming to reshape what consumers expect from a retail store.

Apple has been praised for its chic retail experience, which unlike typical electronics stores, allows customers to try out products before they buy them. The stores also serve to distribute knowledgeable Apple tech support across the world — good luck getting the same sort of support by bringing your HP laptop to the Geek Squad. Not surprisingly, Microsoft has pretty much copied Apple’s retail setup in its own retail stores.

Meanwhile, AppleInsider is reporting that Apple Store employees will also be toting iPads instead of just the iPod Touch units they’re currently relying on. Employees likely won’t use iPads for all scenarios, but will have them on hand for certain situations, such as to demonstrate a product, or make it easier for a customer to pen their signature. A source tells the site that Apple may also release an iPad version of its RetailMe internal training app.

The Apple Stores will also be beefed up in other ways. 9to5 Mac says some locations will receive larger displays and better sound systems. Additionally, a new version of the Apple Store iOS app could be released this weekend, which is said to offer more features than the current app. “For example, a user with the app can walk into the store and the app will know which location the user is at. The app can even ask the user if they’d like to speak to a specialist,” 9to5 Mac’s Mark Gurman writes.