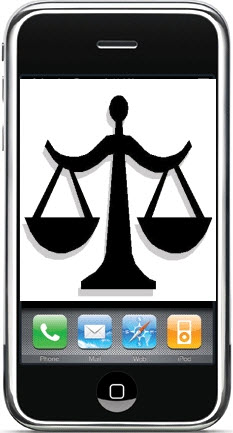 Apple filed a patent countersuit against Nokia today, alleging that the mobile phone giant has infringed 13 of Apple’s patents.

The suit is a response to a patent infringement case brought by Nokia on Oct. 22.

“Other companies must compete with us by inventing their own technologies, not just by stealing ours,” said Bruce Sewell, Apple’s general counsel (and Intel’s former top lawyer).

The legal battle is all about the iPhone, which has seen phenomenal success in the past two years, much of it at the expense of Nokia’s phone business.

Apple didn’t specify in its post which patents were violated. Nokia had alleged that Apple violated 10 patents related to fundamental cell phone features such as the use of the GSM radio network, UMTS (wireless data), security, encryption and local area network standards. Both suits were filed in federal court in Delaware.

This is one of those old guard versus the new guard cases that reflects the huge stakes in the mobile market as phone makers go after billions of users. Here’s a link to the countersuit and other info. [photo credit: knitware]