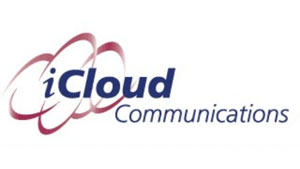 Only days after Apple announced its new iCloud service at WWDC, the company iCloud Communications has filed a trademark lawsuit against Apple.

Phoenix-based iCloud Communications filed the suit Thursday in U.S. District Court in Arizona. The company, which offers voice-over-IP solutions to business and residentional customers, contends that Apple’s new product will cause confusion. The lawsuit reads:

The goods and services with which Apple intends to use the “iCloud” mark are identical to or closely related to the goods and services that have been offered by iCloud Communications under the iCloud Marks since its formation in 2005. However, due to the worldwide media coverage given to and generated by Apple’s announcement of its “iCloud” services and the ensuing saturation advertising campaign pursued by Apple, the media and the general public have quickly come to associate the mark “iCloud” with Apple, rather than iCloud Communications.

The lawsuit seeks an injunction against Apple using the iCloud name and an unspecified monetary compensation.

Apple’s new iCloud service aims to make it possible for iPhone, iPad, and iPod customers to sync their media—music, video, photos, and more—across all of their devices. The iCloud service will be offered free on iOS 5, which will be out this fall.

iCloud Communications appears to have a strong case on its hands, so it’s likely Apple will settle for a large sum to keep the iCloud name without entering a long legal batter. At this point, it’s unlikely Apple would consider changing the name after putting so much effort working on and hyping the product.