ARKit 2.0 and a new AR file format, Universal Scene Description (USDZ), will debut later this year and enable the streamlining of sharing and rendering. I was able to play the game, dubbed Swift Shot, after the keynote speech.

Apple itself created Swift Shot as a freebie for developers to show them an example of an app running on ARKit 2.0. You can play the game on top of just about any surface, like the wooden table in the picture. One player sets up the game so that the animations can be properly embedded in the real world. Once that was done, another player and I joined the game. 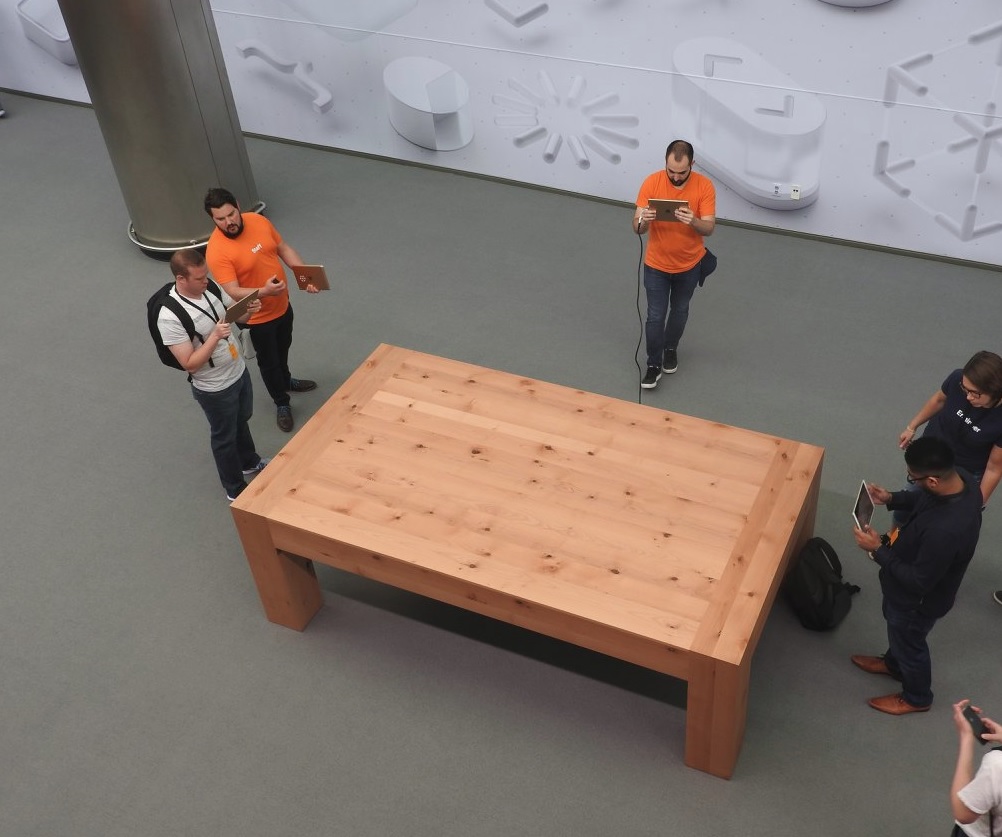 Above: Swift Shot can be played on surfaces such as this wooden table.

We looked through the screens of our iPads and could see some animated blocks set up in the real world on top of the table. Then the player points the iPad at the slingshot on a stand until it is outlined in white. Then the player touches the screen and pulls back, aims, and then lets go. The slingshot launches a ball at the blocks. The goal is to shoot balls that knock out your opponent’s slingshots.

It took a little getting used to, but once I did, I was able to aim pretty well. It’s sort of like Angry Birds, without mad magpies. I shot some balls to clear out obstacles, and then I went for my opponents sling shots. It was reasonable easy to play, once I got the hang of it. But being precise isn’t easy. If you played the exact same game with slingshots and blocks in the real world, it would go a lot faster.

Of course, you can get a lot of players to join, either as players or spectators, and you can record your experience. The players don’t have to be in the same location. I had a lot of fun.

The ARKit 2.0 update will enable as many as eight people to player together in Swift Shot at the same time.

Apple announced ARKit a year ago at WWDC 2017 and shipped it in September 2017. It rolled out a 1.5 update in the spring that improved the way it maps the user’s environment. ARKit has made Apple’s iOS platform into the largest AR platform in the world. About 81 percent of iOS users are on iOS 11.