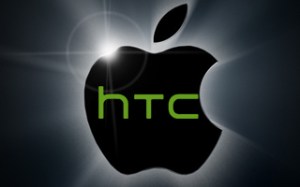 Above: Can lawsuits take a bite out of the competition?

This morning, Reuters reported Apple lost an appeal to ban Android tablets in the Netherlands. It’s another failure for an expensive legal strategy that has done nothing to stem the growth of Android’s marketshare in the smartphone and tablet space.

As Dan Lyons reported Monday, Apple is said to have spent as much as $100 million bringing claims against HTC, a Taiwanese manufacturer of numerous Android devices. Of the 84 claims brought to the International Trade Commission on ten patents it claimed were infringed, Apple managed to win a ruling on just one.

“That got reported as a victory for Apple. But in reality the infringement involved a relatively tiny software feature, one that lets you press on a phone number in an email or Web page and bring up a menu from which you can choose to call the number, send a text message, and so on,” writes Lyons. “HTC can resolve the infringement simply be removing that feature from phones it sells in the United States, or by finding a different way to implement that feature that sidesteps the patent.”

Apple doesn’t show any signs of letting up. Last week it filed lawsuits against Samsung in Germany claiming infringement on the design of 15 devices. With its massive cash reserves, Apple can afford to fight this battle as well or better than any other company. But it seems to be producing very little bang for its buck. In fact analysts and shareholders are worried that this aggressive approach to intellectual property is actually hurting the value of Apple stock.

“A scorched-earth strategy is bad news because it doesn’t optimize the value of their patents — because people will get around them,” said Kevin Rivette, a managing partner at 3LP Advisors LLC, a firm that advises on intellectual property, told Bloomberg News. “It’s like a dam. Using their patents to keep rivals out of the market is like putting rocks in a stream. The stream is going to find a way around. Wouldn’t it be better to direct where the water goes?”