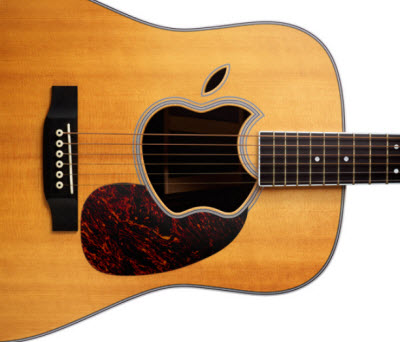 Apple said it will livestream its press conference on Wednesday in San Francisco at 10 am Pacific time. I’ll be at the event covering it live and snapping pictures. But you can follow along on Apple’s own site. The press-only event is going to be held at the Yerba Center for the Arts. Look for plenty of stories from us covering the announcements as they happen. The event is restricted to viewing by Apple devices only.

We don’t know exactly what’s going to happen, but as you can tell from the image on the invitation (right), it’s going to have something to do with music. VentureBeat’s Devindra Hardawar collected all of the rumors about what announcements we might expect based on various rumors around the internet.

A year ago, Steve Jobs got huge applause simply by showing up at Apple’s event at the same place. That September, 2009 event was the first appearance the Apple chief executive made after having a secret liver transplant. At that time, the rumor was that the work of the Beatles would show up on the iTunes music store. But it didn’t happen and that rumor has gone cold.