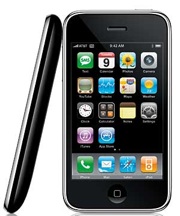 It took Apple three days to do this year what it did in 74 days last year: Sell one million iPhones.

Granted, the iPhone is for sale in 21 countries this time around versus just one, the United States, last year, but this is an impressive number any way you slice it.

This milestone was surpassed despite the major meltdown Apple faced on Friday morning when Apple stores were failing to activate the phones. This problem spilled over for original iPhone owners who were trying to update to the 2.0 software.

Many good iPhones were lost this weekend, but Apple rebounded with an important milestone that makes an even better headline. It seems pretty much a given that Apple will surpass its stated goal of 10 million iPhones sold this year. Expect a lot of copy-cat devices in the coming months.

However, for some perspective. While Apple has sold somewhere around 7 million iPhones now since the device’s inception. Nokia sold 51 million cellphones in China last year. Apple is still working on getting its device into the Chinese market and is making some strides according to recent reports.