Apple first announced the news in two tweets, rather than onstage at a press event in San Francisco today. But the tweets were quickly pulled.

The phone will be available with a new jet black colorway, said Phil Schiller, senior vice president of worldwide marketing at Apple. It will also available in a more regular black shade. “We call it simply, ‘Black,'” Schiller said. It’s also available in gold, silver, and rose gold (read: pink). 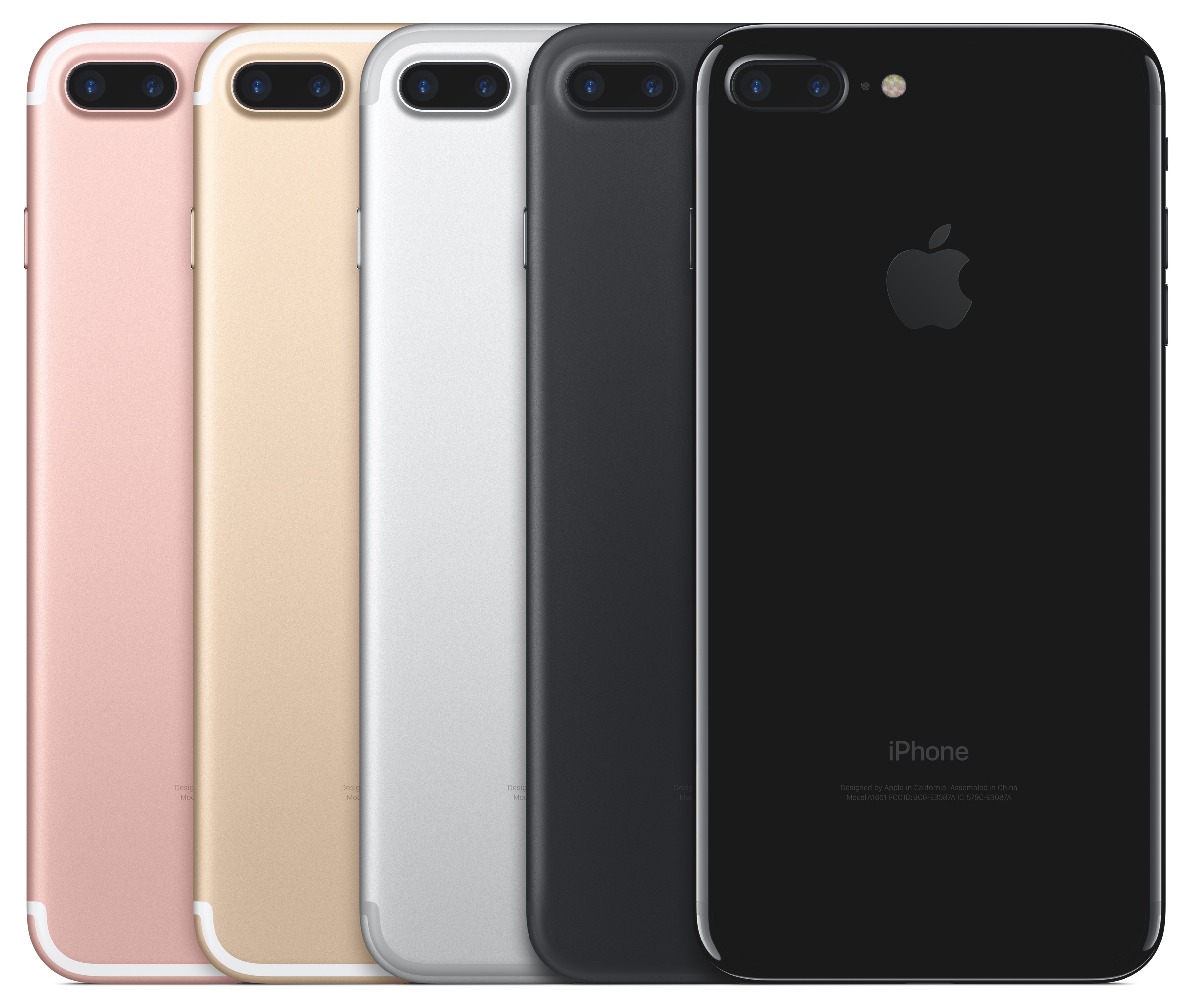 Above: The iPhone 7 Plus lineup.

The phones feature several hardware changes relative to previous models, including the much debated removal of the 3.5mm headphone jack in place of a second speaker grille, recessed antenna lines on the back, a “force-sensitive, solid-state” home button that works with Apple’s 3D Touch, and dual rear cameras on the larger model. But altogether, they don’t look all that different from the iPhone 6s and 6s Plus released last year, or the 6 and 6 Plus from 2014.

However, the new phones are both water-resistant and dust-resistant. And their internal specs have been improved as well, including longer battery life (the longest for any iPhone Apple has ever produced, boasting one hour more than the iPhone 6s) and a new Taptic Engine. And there’s a new 64-bit four-core A10 Fusion chip inside the new phones. Two cores are high-performance cores that run 40 percent faster than the A9 and twice as fast as the A8 chip. The other two are “high-efficiency cores” that run at 1/5 the power of the others. The phones’ graphics processing is faster than the A9 and consumes half the power of the A8.

The phones will ship with new Lightning EarPods and a 3.5mm-to-Lightning adapter in the box, Schiller said. More than 900 million Lightning devices are currently available for sale, he said. Spare sets of Lightning EarPods will cost $29 each, and extra adapters will cost $9 each. (Also today, Apple announced a slew of new wireless listening options, including Apple-branded AirPods.) Above: The iPhone 7’s rear camera.

The iPhone 7 and 7 Plus both carry optical image stabilizers, as well as six-element lenses, wider aperture, quad-LED flash, and a new Apple-designed digital signal processor (DSP), Schiller said. The phones both have a new 7MP FaceTime camera on the front, up from 5 megapixels. And they can shoot in RAW format.

Later this year Apple will release an update to iOS 10 that will make it possible for the iPhone 7 Plus to see Live Previews with bokeh, or blurred backgrounds, while taking portrait photos, Schiller said.

Above: A Live Preview that’s possible with the iPhone 7 Plus.

Both phones will have Retina HD displays that are 25 percent brighter than the previous generation of iPhones. There are now two speakers, on top and bottom, producing twice the volume that was available from the iPhone 6s and 6s Plus.

These new iPhones will ship with iOS 10, which includes revamped versions of Apple Music, Apple Maps, Apple News, Photos, and Messages, along with a new Home app and a new Swift Playgrounds app exclusive to the iPad.

Storage has been doubled across the board: 32GB, 128GB, and 256GB. The jet black option will only have the larger two options available. The iPhone 6s and 6s Plus from last year are seeing their storage choices go up, too: 32GB and 128GB.

Also, Apple is expanding its iPhone Upgrade Program. It’s going beyond the U.S. and coming to China and the United Kingdom. It starts at $32 per month and is not tied to any carrier.