Apple showed off its updated augmented reality platform at its Worldwide Developer Conference (WWDC) keynote event today. Apple has a new version of its AR platform, dubbed ARKit 3.0, and Microsoft showed how it could bring Minecraft to life in AR using the new features. 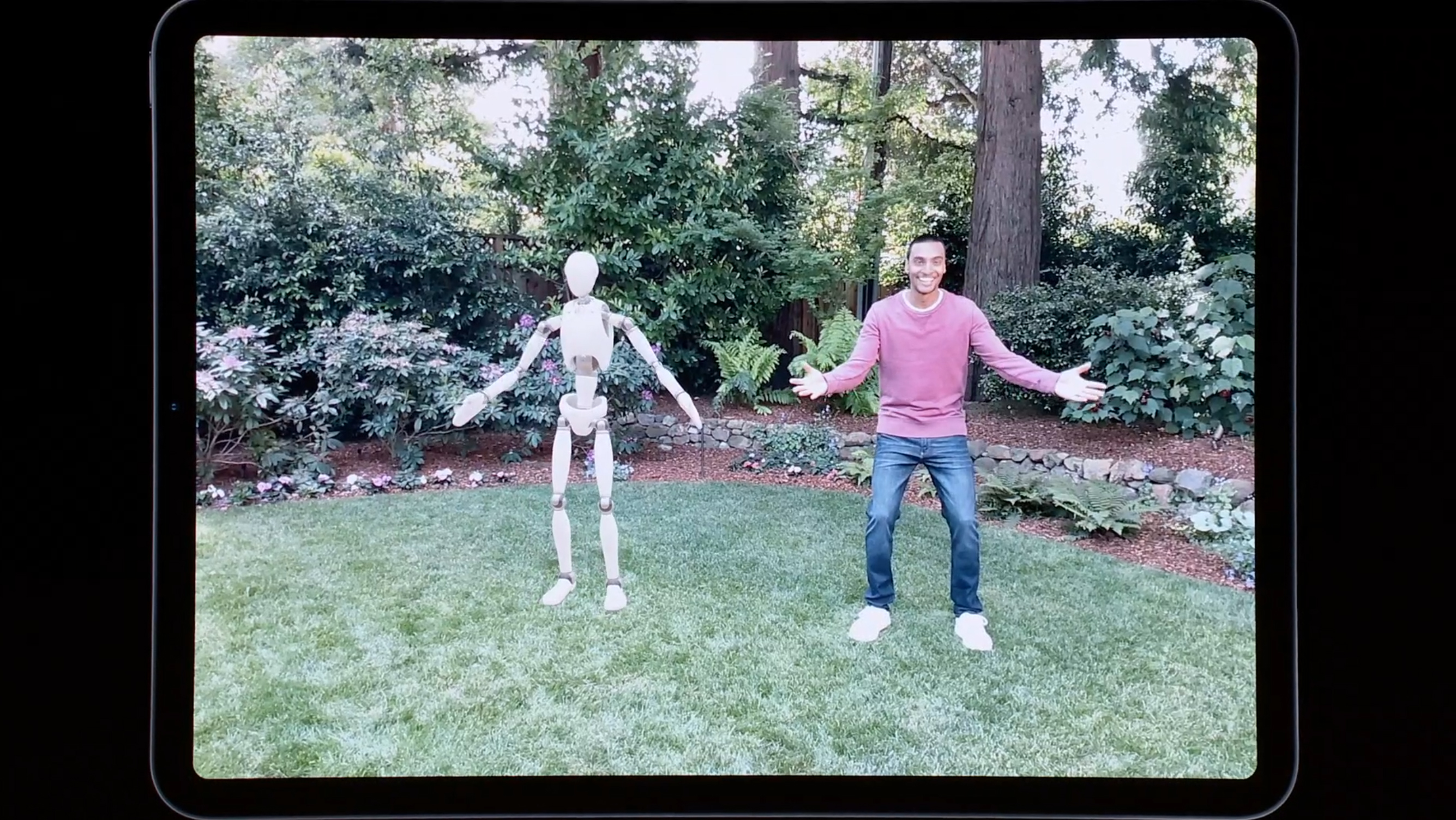 Above: Motion capture is part of ARKit 3.0

Onstage, Microsoft showed how you can use your iPhone to add a layer of augmented reality animations on top of a scene in Minecraft Earth. You can, as you can see in the picture above, add your own body into the 3D space of a Minecraft scene.

Apple has been a steady supporter of AR. Last year, Apple showed off a game called Swift Shot as a freebie for developers to demonstrate an app running on ARKit 2.0. Now Apple has added the ability to occlude a person, which means it can insert animations in a 3D scene with a real person. If those animations get in front of a person, they will automatically hide that part of the person, in real time. 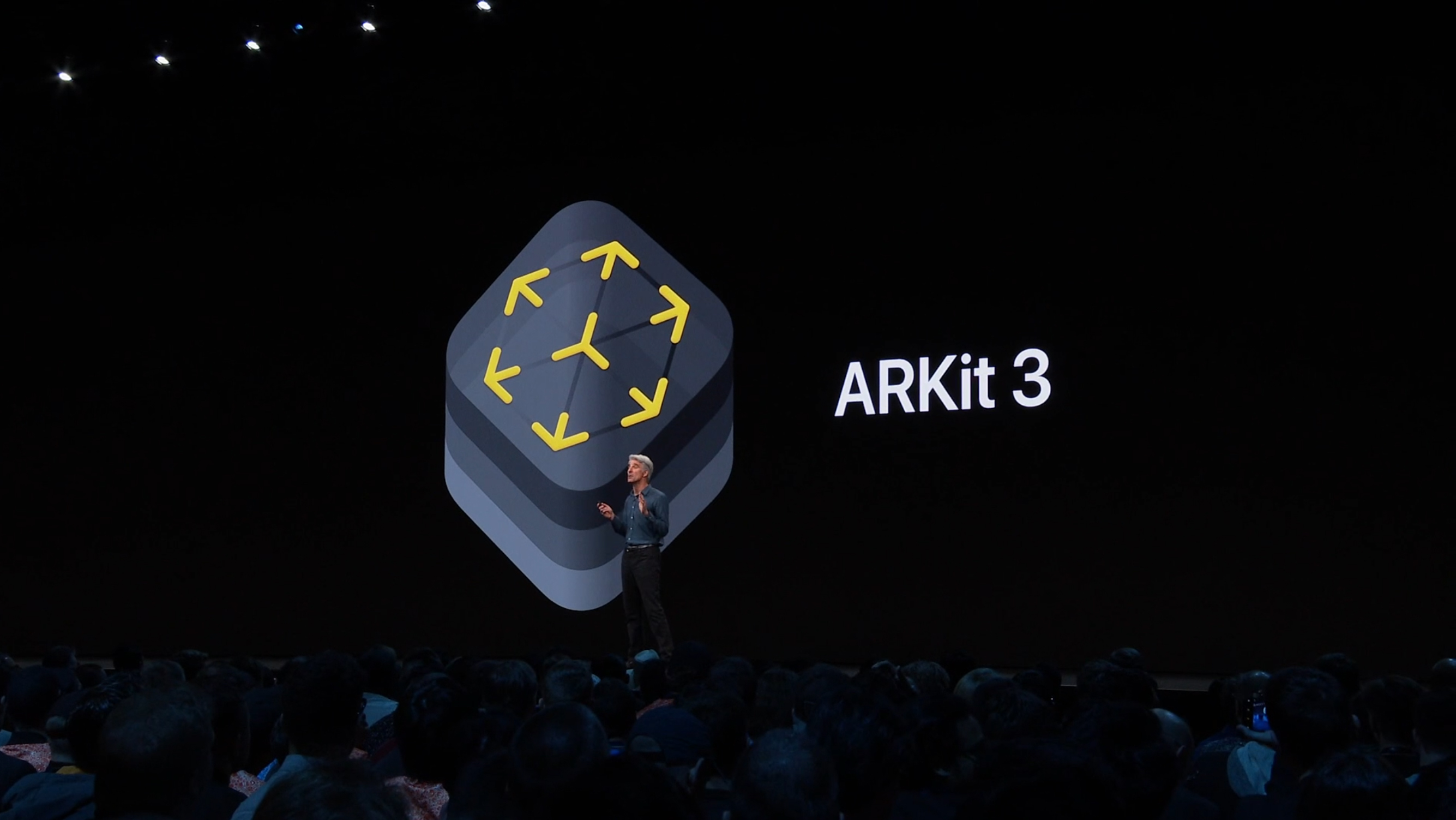 Apple has also added motion capture, which allows an iPhone to capture your body so that it can be added to an AR scene and be manipulated as a movable animated object. It’s now easier to build interactive AR experiences, and you can use an a built-in AR content library. Apple says the ARKit 3.0, RealityKit, and Reality Composer tools will make it a lot easier for developers to create compelling AR experiencers. 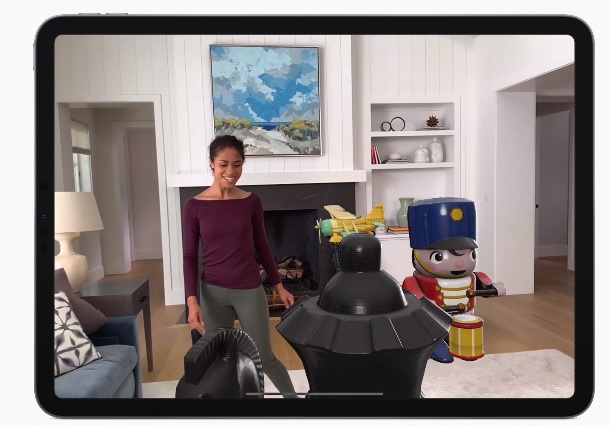 Above: ARKit now has the ability to occlude people in an AR scene in real time.

You can create in Xcode, or you can use the AR creation tools within iOS itself, so you can see what the end product will look like by creating it within the same platform. 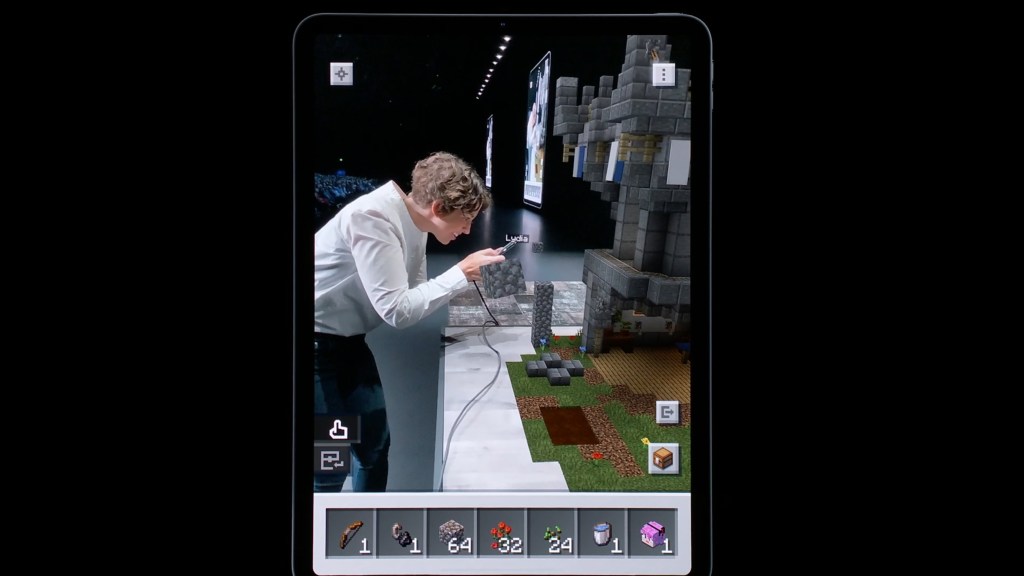 Above: Minecraft Earth demo at WWDC 2019.

It’s been a long period of investment, but Apple still isn’t quite ready to show off its rumored AR hardware.

Apple announced ARKit at WWDC 2017 and shipped it in September 2017. It rolled out a 1.5 update in the spring that improved the way it maps the user’s environment.